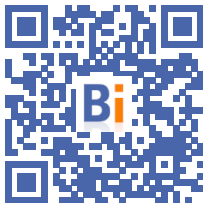 The collapse of a skytrain line in Mexico City, which killed 26 people, could be the result of early wear of the bridge or manufacturing defects of the support beams, according to experts consulted by AFP.

The mayor of the capital, Claudia Sheinbaum, had said shortly after the accident which occurred on the night of Monday to Tuesday and which also left 80 injured, that the cause had been the breakage of a beam.

The disaster is the subject of a joint investigation by the prosecutor's office and the Norwegian company Det Norske Veritas.

"The accident could be due to a defect in the steel" constituting the beams, explains Sergio Alcocer, researcher at the engineering faculty of the National Autonomous University of Mexico (UNAM).

"The strong vibrations" of certain sections of the line 12 in question, could also have caused the wear of the joints of the bridge supporting the rails, adds Juan Manuel Fuentes, the technical director of Quasar, a Mexican company of structural engineering.

The two experts are relying on a police video showing the moment the structure collapsed and two wagons were found suspended a dozen meters above the ground.

For Jesus Antonio Estevas, the secretary of works of the city of Mexico, "it is clear that there has been a failure in the metal structures".

The affected section, also known as the Golden Line, is 24,5 km long and cost $ 1,2 billion, with an unforeseen overrun of 70%.

It was inaugurated in October 2012. In 2014, the operation of 12 stations was suspended for a little over a year due, already, to degradation of the track, sleepers, rail fasteners, themselves. prone to suspicious ripple.

That year, the government of Mexico hired the French company Systra to determine the causes of the deterioration and the measures to be taken to remedy it.

Systra confirmed that there was "a problem with the contact between the rail and the wheel," Tatiana Graffeuil told AFP by email, speaking on behalf of Systra.

The company recommended "rail repair work, which Systra monitored the implementation", but none of this "concerned the structure of the viaducts of the line," added Ms. Graffeuil.

Its report concludes that as regards "the civil infrastructure, the behavior of the works on the section of the viaduct is normal, there is no risk of vibratory development under the passage of the trains due to structural problems".

During the period when the operation of 12 stations had been suspended, "complete changes of fasteners were made, the ballast was replaced and the springs of the trains were changed", among other corrective actions, told AFP a former metro manager who preferred to remain anonymous.

The French company Triacaud Société Organisé (TSO) also carried out a diagnosis in 2014 confirming that of Systra.

TSO has since been in charge of maintaining the rails, that is, "the rails, ballasts and switches," a source close to the company told AFP.

For her part, Ms. Sheinbaum, the target of criticism from relatives of the victims, assured that "every day, a maintenance process is carried out on line 12 in different places".

Breakage of beam or bolts

Mr. Alcocer underlines that the images show that "the beam clearly broke during the passage of the convoy, which indicates a fragility due to a defect in the steel of the plates".

It is also possible that the beam was "badly designed or overloaded" and even that "the weld between the beam and the rail could have presented a defect", he added.

The metal part of the beams in this type of construction is attached to a layer of concrete by bolts called "shear bolts", which gives them a strength that is 50% greater, and these could have come loose, Mr. Fuentes.

"Failures of welds or shear bolts are sudden. It is almost impossible to predict," he explained.