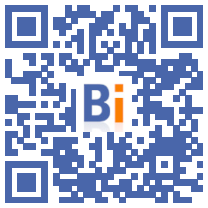 The administrative court of Lille canceled last week for procedural flaw the deliberations of the Metropolis declaring the general interest of the development project of the Saint-Sauveur wasteland, defended by the socialist mayor Martine Aubry, but contested by the opposition environmentalist.

The court had been seized by two associations which demanded the cancellation of these two deliberations of 2018 and 2019. They contest this project which provides in particular for the construction of 2.400 housing, shops and an Olympic swimming pool on a 23 hectare vacant lot. in the city center.

According to the public rapporteur, the justice granted them right, canceling for "procedural flaws" these two deliberations, said the administrative court in a press release.

In October 2018, recalls the court, the summary judge "had suspended the execution of the initial deliberation" of June 15, 2018 of the European Metropolis of Lille (Mel) because "of the inadequacies of the impact study as regards impact of the project on air quality ", as well as" its inaccuracies concerning the state of progress of the project to install an Olympic swimming pool ".

To remedy this, the Mel had "organized a so-called complementary public inquiry" in 2019, then by a new deliberation, "once again declared the Saint-Sauveur project of general interest".

The court considered that the Mel should have organized "a new public inquiry under common law" and "not just a further investigation".

On the other hand, he "ruled out the challenge by the requesting associations of the general interest nature of the project with regard to environmental issues, by relying in particular on the conclusions of the investigating commissioner, who twice issued a favorable opinion".

For Me Muriel Ruef, the lawyer for the applicants --PARC Saint-Sauveur and ASPI (Association for the Suppression of Industrial Pollution) - this decision is "a victory for the associations".

This "means that the project must be abandoned. As long as the impact study is deemed insufficient, we cannot know whether the general interest exists or not," she analyzed for AFP.

If "the Mel and the town hall persist we will go to the end," she added.

"For us there are no more projects (...) it is absolutely necessary to keep this space as a natural space" echoed the co-president of the Parc association, Bénédicte Vidaillet, denouncing a "deadly policy of urban densification ".

"We are going to comply with the demands of the court, deal with the procedural problems that it has identified", she added and "the project will be, as done so far, carried out in consultation with the inhabitants ", she added.

La Mel does not intend to appeal, according to a source familiar with the matter, who estimates the deadline to be around two years to complete a new public inquiry.

Stéphane Baly, president of the municipal opposition group "Lille Verte", for his part welcomed "the suspension of the project", "obsolete with regard to climate and health emergencies", advocating a "overhaul by co- construction with the inhabitants ".