The French unanimous on the interest and the obligation to renovate housing, even the owners 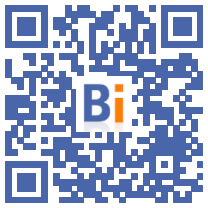 A few days before the first round of the legislative elections, and at a time when energy renovation will become a necessity and an obligation within the framework of the Climate law, OpinionWay has carried out for Heero a study on "The French and energy renovation" intended to understand and analyze their knowledge and the attitude of the owners towards the obligations of energy renovation and their implementation.

Although they still feel poorly informed about the Climate Law, the French are unanimous on the means of action and the aid needed for this. It is in this context that Heero was founded 6 months ago, the FinTech of energy renovation for a real positive impact on the climate, with the desire to free up data from the territories.

More than half of French people (54%) say they are poorly informed of the energy renovation obligations for buildings/housing under the Climate Law of August 22, 2021.

Although owners consider themselves to be slightly better informed than tenants, they are still more than one in two (53%) to be unfamiliar with the provisions of the law, i.e. just a little less than tenants (56%) . Only the owners of a rental investment property, the first to be concerned by the energy renovation obligations under the Climate Law as of this summer, are a majority to declare themselves to be well informed (58% of them, + 12 points by compared to the average).

Young people, more aware of climate issues, consider themselves better informed (62% of 18-24 year olds and 52% of 25-34 year olds compared to 40% of 50-64 year olds), with regional differences as well: Bourgogne-Franche-Comté (51% of inhabitants say they are well informed) and in Brittany and PACA (48%) that the level of knowledge concerning renovation obligations is higher, followed by Ile-de-France and Hauts -de-France (47%).

“There is a real educational work to be done on the part of the government on the obligations linked to the Climate law, which will be one year old this summer, but also the aid and the interest in renovating your accommodation. The financing stage is most often the one that slows down the decision-making process for energy renovation work. It is with this in mind that we created Heero to provide a complete financing experience, with a set of solutions, and more transparent with clearly displayed service fees. Heero is also the desire to amplify relations between the various stakeholders in the work and to provide access to information to encourage action. » explains Pierre Leroy, co-founder of Heero.

Faced with the magnitude of the challenge that climate issues represent today, the French are almost unanimous on the measures to be imposed on owners - including when they themselves are concerned - to increase the energy renovation of the housing stock. in France.

9 out of 10 French people thus declare that they agree with the principle of regulating the rents of so-called "energy sieves" housing, 87% are in favor of the sale of these housing units as a priority to buyers committing to carry out energy renovation work and almost as many want to force landlords to energy-efficiently renovate the accommodation they rent out (84%). Results that show a consensus on the need to set up obligations or strong incentives to renovate the housing stock, with however significant differences according to the age groups, the status of the French people but also their regions.

Unsurprisingly, there is a gap between landlords and tenants, with the latter being more in favor of rent controls (92%, +2 points compared to the average) and the obligation to renovate properties rental (86%, +2 points). However, against all expectations, landlords are still largely and mostly in favour: 89% are in favor of controlling rents as energy sieves and 82% for the obligation of energy renovation of rented properties.

Regarding age groups, young retirees are the most favorable to these proposals (93% are in favor of rent control and 86% for the obligation to renovate) while those under 24 are relatively more reluctant to these measures (83% and 78% are in favour, respectively).

Regional differences are also notable. 97% of the inhabitants of the Bourgogne Franche-Comté regions and 93% of those of Hauts-de-France are in agreement with the idea of ​​regulating the rents of "energy sieves" against 84% of the inhabitants of the Provence-Alpes- French Riviera. On the other hand, there is little difference on the obligation to renovate the properties for rent. The sale of "energy strainers" to owners committing to carry out renovation work is an idea particularly well received in Occitanie (93% approval, +6 points compared to the average), but much less so in the region Centre-Val de Loire (81%, -6 points compared to the average).

Finally, overall, the inhabitants of the Ile-de-France region seem less favorable to these measures than are the inhabitants of the rest of France. They are only 39% to completely agree with the control of rents (against 48% in regions on average), 32% concerning the sale of housing to those who can renovate them (against 36% in regions) and 38% for the obligation to renovate rented property (against 43% who totally agree in the regions).

To encourage homeowners to carry out energy renovation work, financial aid measures are perceived by the French as a priority, whether financial aid (59% of responses) or tax saving measures (56%) followed by the implementation of better support in renovation (43% of French people make it a priority) and a relaxation of the administrative rules governing renovation (39%). 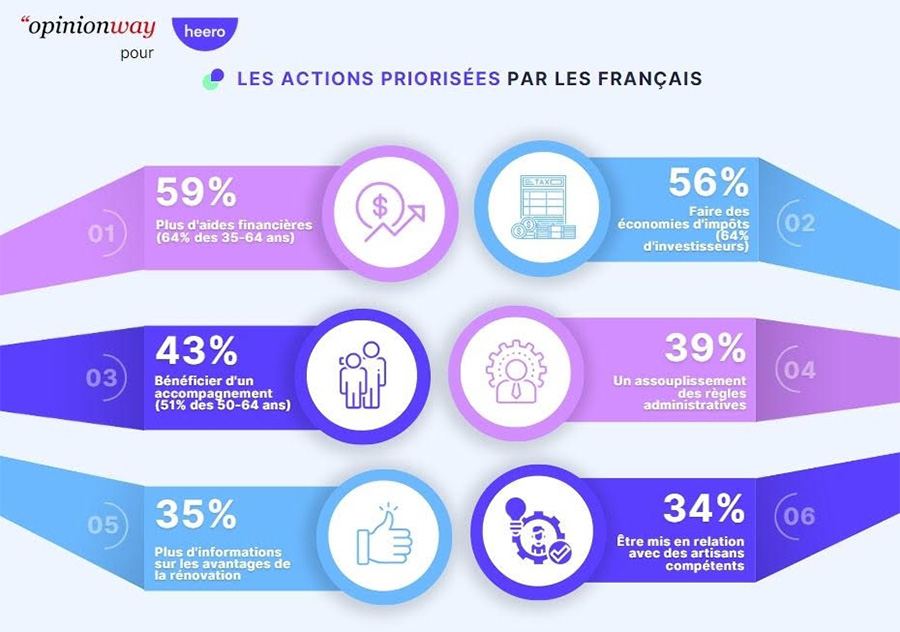 Young people under 24, indicating that they are better informed about obligations, seem less sensitive to financial aid (41% prioritize it compared to 35-64 year olds) or support for renovation (31% express their need for better support compared to 51% of 50-64 year olds)

“Still too few French people are aware of the measures allowing them to reduce their budget for energy renovation works. And when they learn about it, they most often become aware of the extent of the administrative procedures to obtain all the incentives for which they are eligible. To allow everyone to make a real saving on their energy bill, to gain in comfort and to enhance their furniture heritage, Heero offers an experience as close as possible to their expectations: an estimate of aid and bonuses in 3 minutes, a single point of entry for obtaining energy saving certificates and MaPrimeRénov', and support for the financing of the rest-to-pay.” explains Romain Villain, Marketing and Research Director of Heero.

Among the reasons that pushed or pushed the owners to carry out energy renovation work in their dwellings, we note first of all the achievement of energy savings (79%) followed by the gain in comfort (66%), and in 3rd position taking action for the climate for more than a third of them (35%)

But the owners are also well aware of the interest for them of renovating their dwelling, and in particular of the possibility of realizing a capital gain on resale (a motivation for more than one owner out of 5) or of preserving a capacity of renting (13% express this reason). Motivations more present among young owners, who bought when prices were high, who seek more to maximize the value of their home (30% of 18-24 year olds, 33% of 24-35 year olds + 11 points compared to than the average), followed by investors (27% of them) who, however, are motivated by the fact of maintaining a capacity to rent (32%, +19 points compared to the average). 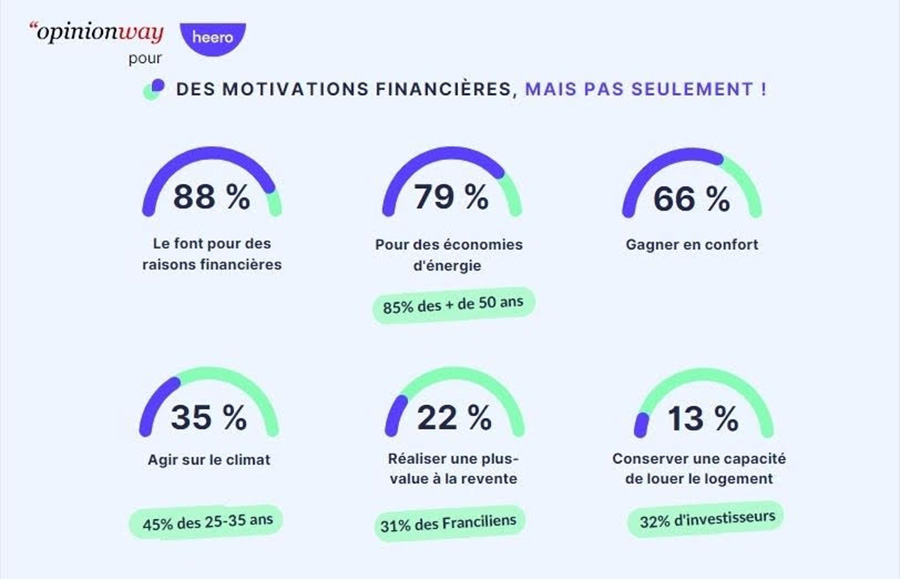 "This survey reveals that the French are aware of the need to renovate the most energy-intensive homes with energy, including the owners, who, to meet these obligations, need both more information, financial aid and 'accompaniement. That's why we created Heero, in order to contribute on our modest scale, to help them regain power over their homes. However, this will only be possible with a real incentive policy for the renovation of housing. concludes Pierre Leroy.

Methodology: Study carried out by OpinionWay from May 20 to 26, 2022 with a sample of 2547 people, representative of the French population aged 18 and over, constituted according to the quota method, with regard to the criteria of sex, age , socio-professional category, urban area category and region of residence.