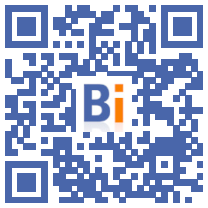 France's trade deficit widened during the first quarter to reach 15,4 billion euros, due in particular to energy imports, the cost of which climbed with the rise in oil prices, Customs announced on Friday. .

At the same time, the growth of exports has slowed, still penalized in particular by the aeronautical and automotive sectors, underline the Customs in a press release, which noted that "trade flows have not returned this quarter to their pre-crisis level. ".

"Exports and imports are thus at 93% and 94% respectively of their average quarterly value for 2019," the statement said.

The latter are driven by energy purchases (+ 32,5%), the costs of which rose with the rise in oil prices over the period.

Excluding energy, almost all the other major product categories see their balance deteriorate. This is particularly the case for the deficit in transport equipment (-0,8 billion), but also that of mechanical and electronic equipment products (-0,7 billion) as well as the surplus of agricultural products ( -0,1 billion).

The surplus of pharmaceutical products improved slightly (+0,2 billion) while that of agrifood industries was stable.

The deficit with the EU deteriorates by 0,8 billion euros, as well as with the rest of Europe (-0,7 billion), due to "the decrease in the surplus with the United Kingdom. United ", specifies the Customs.

With third countries, the French trade balance is deteriorating with Asia, with an increase in imports greater than that in exports.

Conversely, the balance improved by 0,3 billion euros with America, driven by trade with Mexico, note Customs.