France's trade deficit continues to widen in May 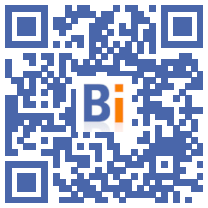 Weighted down by energy supplies, France's trade deficit continued to widen in May, reaching 6,6 billion euros, and is approaching its historic level in June and July 2020 (-7,3 billion euros). euros), Customs announced on Wednesday.

On the other hand, "excluding energy, the deficit has interrupted its progression for four months", indicate the Customs in their press release, noting a stabilization of the balance of capital goods and consumer goods.

Thus, the energy deficit continues to increase, to 2,9 billion euros in May 2021, a level nevertheless lower than before the health crisis, since it stood at 3,7 billion euros on average in 2019. , is it specified.

"In cumulative over twelve rolling months, the deficit has been maintained for two months at an exceptionally high level of nearly 70 billion euros", summarize the Customs.

As for imports, they increased by 0,2 billion euros, less than in April, when Customs observed an increase of 0,7 billion. They thus reach 98% of their 2019 level.

Customs also note that the balance of consumer goods, in decline for four months, stops its deterioration to reach a level close to before the crisis. Imports of these goods stagnated in May, and exports grew weakly.

On the capital goods side, the deficit remains stable, at 2,7 billion euros in May 2021.

The deficit of intermediate goods reached a historically high level, at 2,1 billion euros. It had been trending upward for five months, and had already reached the 2 billion mark in March and April. "Imports reach a record level of 13,5 billion euros, while exports are above their average level of 2019", explain the Customs.

Regarding the balance of payments, which includes trade in services, the deficit widens to reach 2,3 billion euros, after 2 billion in April, according to the Banque de France.

The services surplus fell by 0,8 billion euros to 1,6 billion euros in May. It had already melted in recent months, in particular because of the impact of the Covid-19 pandemic on tourism.

On the other hand, the balance of goods improves somewhat "thanks to a reduction in the deficit of goods excluding energy of 0,2 billion euros", notes the Bank of France.