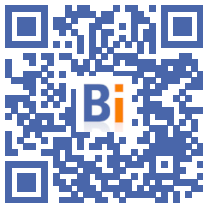 The government has raised its gross domestic product (GDP) growth forecast from 2,5% to 2,7% for 2022, Economy Minister Bruno Le Maire said on Cnews on Wednesday September 14.

Despite geopolitical tensions and the energy crisis, "consumption is holding up", "business investment is holding up, and "job creation remains very dynamic", explained Bruno Le Maire.

"The fundamentals of the French economy are solid", he assured despite the downward revision, from 1,4% to 1%, of the growth forecast for 2023, as part of the preparation budget for next year.

The government also revised its inflation forecast for this year upwards on Tuesday, from 5% to 5,3%, with Bruno Le Maire anticipating a high price increase at least until February 2023.

"That's why we decided to maintain the energy shield" in 2023, he added. Prime Minister Elisabeth Borne is due to specify on Wednesday afternoon by how much gas and electricity prices will increase in January. The increase will be "contained", according to Bruno Le Maire.