The French economy recovered in early 2021, unlike European neighbors 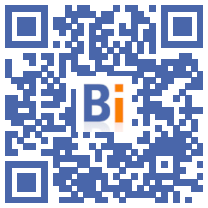 Contrary to its European neighbors, the French economy began to recover in early 2021, after being devastated by the Covid-19 epidemic last year, but health restrictions continued to weigh on activity and the government hopes for a more frank recovery with vaccination and deconfinement.

In the first quarter, gross domestic product (GDP) rebounded slightly, with growth of 0,4% compared to the previous quarter, according to a first estimate released Friday by INSEE.

France is clearly against the grain of other major European economies, Germany (-1,7%), Spain (-0,5%) and Italy (-0,4%) having seen their GDP will contract in the first quarter. As a whole, the euro zone contracted by 0,6%.

This is mainly due to a different evolution of the pandemic, these countries having suffered less than France at the end of 2020, before being forced to adopt more restrictive measures in early 2021.

But far from the dynamic recovery at work in the United States (+ 6,4%) thanks to the massive recovery initiated by Joe Biden, the French rebound remains "limited", underlines the National Institute of Statistics, GDP still 4,4% below its level at the end of 2019.

"This is a quarter that remains very marked by health restrictions, which have tightened over the months," Julien Pouget, head of the economic department at INSEE, told AFP.

The Minister of Public Accounts Olivier Dussopt greeted him on Twitter with "encouraging" figures, a sign of the "resistance" of the economy and of the "effectiveness" of the support and stimulus measures taken by the government.

After the 1,4% decline in GDP recorded in the last quarter of 2020, the recovery of the economy stems in particular from the slight upturn in household consumption (+ 0,3%), even if it is still constrained by health restrictions. (curfew, closure of large shopping centers, restaurants, cultural places ...).

Over the quarter, it is also still far below (-6,4%) its pre-crisis level, underlines INSEE. But this "timid recovery, without the phenomenon of dissaving at this stage, gives an idea of ​​the potential for a rebound" once the constraints have been lifted, according to Emmanuel Jessua, an economist at the Rexecode Institute.

The "very good surprise" comes from corporate investment which accelerated at the start of the year, according to Selin Ozyurt, economist at Euler Hermes. "Thanks in particular to state aid, companies have been able to strengthen their cash flow and this will help support the economic rebound in the coming months," she told AFP.

On the production side, activity is mainly driven by construction (+ 4,2%), while the production of goods is on the decline. "The beginning of the year was very disturbed, with problems of sea freight, shortages of raw materials and semiconductors in the automobile", explains Selin Ozyurt.

Deconfinement in the line of sight

Overall, total production (services, industry, construction) is slightly approaching its pre-crisis level, with a difference of -4,3%. But sectoral disparities remain, with market services severely penalized by the restrictions and which remain further away from their pre-crisis level.

Finally, "black spot" of the quarter, according to Emmanuel Jessua, the sharp drop in exports in the first quarter, penalized by disruptions in the industry and by Brexit at the very beginning of the year.

Even if the second quarter promises to be still mixed, with April and part of May marked by reconfinement, the deconfinement schedule announced Thursday by Emmanuel Macron suggests an acceleration of the recovery.

Especially since the executive assured that it would maintain aid for sectors in difficulty for several more months, also inflating the cost of the crisis for the State.

"Household confidence is there, there is high savings, companies are sitting on significant liquidity, so if the government manages to vaccinate quickly, we will be able to see a very strong rebound", estimates Selin Ozyurt, who considers achievable the government's forecast of 5% growth this year.

"We can expect a gradual exit from the crisis in the second half of the year with the success of the vaccination plan," also predicts Emmanuel Jessua.

At this stage, the growth overhang, which corresponds to the growth that we would have at the end of 2021 if activity remained at the current level until the end of the year, stands at 4,1%. The Banque de France expects growth of 5,5% this year, and the OECD of 5,9%.