The French economy on track to achieve 5% growth in 2021, according to the Banque de France 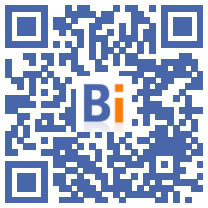 The French economy should be able to grow by 5% this year, confirmed the Banque de France in its latest business survey which, however, highlights supply difficulties in the industry.

In general, "companies are rather in a dynamic of progression of their activity compared to previous months", estimated the director general of the French central bank, Olivier Garnier, during a presentation to the press.

In view of the answers provided by 8.500 companies questioned between April 28 and May 5, the level of activity in April was 6% lower than that before the Covid-19 crisis, i.e. one point better than in the result of the previous survey carried out a month ago.

The impact of the latest health restriction measures will therefore have been slightly less than that of the effective measures in November (-7%), despite the closure of schools.

In May, with the scheduled reopening of all shops, terraces, museums, cinemas and theaters from the 19th of the month, activity should return to -4% compared to the levels of January and February 2020.

So that in the absence of a new epidemic rebound, "our growth scenario" at 5% for 2021 "is rather confirmed", according to Olivier Garnier.

Moreover, the growth overhang at the end of May, that is to say the increase in gross domestic product (GDP) over the year if activity stagnated over the last seven months, would already be "close to 4,5%, "added Mr. Garnier.

The government also has a 5% growth target for 2021 and expects a return to the pre-crisis level of activity in the first half of 2022.

The Banque de France survey shows that business services held up better in April than local services in general and that "in the building sector, activity is almost stable, very close to its previous level. -crisis, according to the business leaders interviewed, "with particularly well-filled order books which exceed their already very high levels of 2019.

In industry, the situation is contrasted depending on the sector.

The production capacity utilization rate increased slightly, from 80% to 81% between March and April, but fell from 81% to 77% in the automotive sector due in particular to supply difficulties that hit this sector at the level global.

Indeed the recovery of the world economy "is reflected by tensions on certain types of raw materials or in sectors such as semiconductors", tensions "doubled by the fact that companies had rather destocked during the crisis", explained M Garnier.

But this difficulty which also affects other industrial sectors as well as the building, comes according to him "more of a problem of restarting than of a lasting structural problem".

On the positive side, with an earlier economic recovery in Asia and the United States than in Europe, "industrial activity is undoubtedly not badly driven by global activity", again noted the Director General of the Bank of France .

On inflation, he ruled that "increases in input costs, especially if they are temporary, will rather affect company margins rather than prices".

Finally, in terms of employment, Olivier Garnier felt that with the recovery, a return to the recruitment difficulties that companies knew before the crisis was not excluded.