The French economy is generally resistant to the Omicron variant 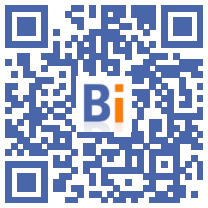 The French economy is holding up well to the Omicron variant, however with sectoral disparities and increased uncertainty, according to the economic outlook published Tuesday by the Banque de France.

Activity should remain stable in January, according to the central bank, which notes slightly reduced supply difficulties but persistent recruitment problems and still affecting more than one in two companies.

The economy has so far escaped the feared disorganization due to the explosion of Sars-Cov-2 contaminations, according to the results of the monthly survey carried out among 8.500 business leaders from December 20 to January 6 . Four in five responded during the first week of January.

"For the moment, the difficulties of supply and recruitment have supplanted the problems of absenteeism", notes Hélène Tanguy, director of investigations of the Bank of France.

Despite the epidemic outbreak linked to the meteoric spread of the Omicron variant, growth was 0,6% in the fourth quarter compared to the previous one, confirming the forecast of a rise in gross domestic product of 6,7% for the whole of 2021.

For his part, the Minister of the Economy Bruno Le Maire said last week "very confident for French growth".

For the month of December, the Banque de France survey revealed an increase in both industry and services, as well as to a lesser extent in construction.

In industry, the production capacity utilization rate is higher in November and December than the 15-year average in all sectors, except automotive and aeronautics.

Gross domestic product (GDP) should thus be in January, as in December, 0,75% higher than its level at the beginning of 2020, just before the health crisis linked to Covid 19.

But the uncertainty indicator is on the rise again, especially in services. This indicator is carried out using a "text mining" algorithm relating to "words which indicate uncertainty" in the interviews of investigators with business leaders, explained the CEO of the Banque de France. , Olivier Garnier.

In spite of everything, the outlook remains favorable.

For the month of January, "in the industry as in the building one always has order books which are well above the historical average", according to Mr. Garnier.

He nevertheless notes that in the automobile industry, as well as in computers and electronics, we expect "a decline in activity which is not directly attributable to the Omicron wave but to the persistence of supply difficulties. , in particular in the field of semiconductors ".

For services, the Banque de France forecasts a slight decline in activity in January, with strong disparities between "temporary work and business services, which are well oriented", and conversely accommodation, catering and events, sectors for which we observe a "strong deterioration in connection with the health context".

Thus, for accommodation, activity would be 64% of the pre-crisis level at the start of the year, against 80% in the fourth quarter of 2021, while in the catering business it would decrease at the same time by 85%. % to 75%.

Regarding inflation, "we are no longer in an acceleration phase" for production prices, which rose to 17% over one year in November, recalls Olivier Garnier. While the number of companies reporting price increases remains at a high level, it is down from November.

On the contrary, consumer prices of manufactured products should see their rise accelerate, although at a much lower level, reaching 1,4% year-on-year in the first quarter.

Inflation in services should also accelerate, but the rise in prices as a whole would be dampened during the year by a "base effect" in the second half of the year, at least if energy prices stabilize.