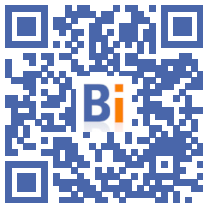 The French economy did not finally get back to the front in the first quarter, but the government and economists remain optimistic for the resumption of activity in the coming months, thanks to the advance of vaccination.

Gross domestic product (GDP) contracted slightly by 0,1% in the first quarter, according to a new estimate on Friday from Insee, which sharply revised downwards its previous assessment of 0,4% growth .

In question, a recovery in activity and investment in the construction sector much weaker than what INSEE had assessed.

France therefore joins the major European economies which also saw their GDP contract over the period even if it is doing a little better (-1,8% for Germany, -0,4% for Italy, -0,5% for Spain).

But that does not cast a shadow on the optimism of the government. The revised figure "does not change our ambition (...) to have 5% growth in 2021", the Minister of the Economy Bruno Le Maire immediately reacted to AFP on the sidelines of a visit to 'business in Villeneuve-la-Garenne (Hauts-de-Seine).

The minister also highlights the fact that INSEE slightly reduced the extent of last year's record recession, with a fall in GDP to around -8% (-7,9% without correction of working days), against -8,2% previously estimated.

This "proves that we have well protected the French economy in 2020, thanks to all the measures that we have put in place", defended Bruno Le Maire, citing the increase in the purchasing power of households (+ 0,4% ).

This aid is also being extended this year even if it will be gradually reduced with an additional 15,5 billion euros allocated to emergency measures, to which will be added new support systems for companies to get out of the crisis.

The government is counting on a very strong recovery this summer, like the spectacular rebound in the economy in summer 2020 after the first confinement, driven by household consumption.

Calling to "keep his cool and his constancy, not to give in to one figure or another, to an indicator or another that may fall over the days", Mr. Le Maire assured that "the indicators are all well oriented ".

Household and business confidence actually rebounded sharply in May, according to INSEE.

"The announcement of the opening of vaccination to all adults from May 31 should continue to support the strong resumption of activity" in services and retail, said Samuel Abettan, economist at ING bank .

"Even if the figures now show that the economy started 2021 more difficult than what was estimated previously, this does not change the global perspective", also believes Diego Iscaro, economist at the IHS Markit cabinet.

"We still believe that the gradual reopening of the economy is leading to a strong rebound in activity," he told AFP.

The minister also reiterated the "strategic objective" set since the start of the crisis which is "to return in the first quarter of 2022 to the level of economic development that we had before the crisis in 2019".

The gap to be filled in order to achieve the government's ambition is widening, however, a little after the weaker performance of the first quarter.

GDP was still 4,7% below its level at the end of 2019, just before the start of the health crisis. And the growth overhang for 2021, which corresponds to the growth that we would have if activity remained at the level of the first quarter until the end of the year, now stands at 3,5% against 4,1, XNUMX% previously estimated.

INSEE does not yet give a forecast for the whole year, while the Banque de France expects 5,5%, the OECD on 5,9% and the European Commission on 5,7%.

Disposable household income fell slightly in the first quarter (-0,2%) while remaining above its pre-crisis level, according to INSEE, while the reduction in production taxes is already visible in the corporate margin rate, which rose to 34,8%.