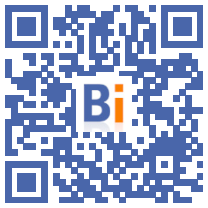 Palace of the Count of Flanders, seat of the Court of Auditors - © M0tty via Wikimedia Commons - Creative Commons License

The Court of Auditors says it is in favor of an in-depth reform of the Action Logement organization, with the State taking over its role of collecting the former 1% housing and its finances, in a published report. Monday.

The group, a social housing giant, has for several years been the subject of lively discussions between the State and the social partners who control it, about its efficiency and the organization of its governance, against a backdrop of levies. recurring payments of the State in the coffers of the organization to complete its budgets.

After months of negotiations, an agreement was reached in July to bring several changes to the organization of Action Logement, for example with the creation of a political orientation committee.

The report of the Court of Auditors, finalized in June, before this agreement, provides a contrasting assessment of the functioning of Action Logement since 2016, the date of the creation of the group, heir to 1% Logement founded in 1953.

The Court considers in particular that governance is "to be stabilized" because of a "lack of clarity" in the organization between the group and its various entities.

She also believes that financial and operational management could be "more efficient", with "difficulty in controlling the wage bill and the dispersed organization of public procurement".

A confidential report from the General Inspectorate of Finance (IGF) delivered to Matignon in January 2020, and unveiled by Le Monde, also mentioned "serious dysfunctions" in the management of Action Logement, and several avenues for reforming the organization, from the allocation of its resources directly to the State until its outright abolition.

Among four reform options, the Court of Auditors recommends that which would consist in "refocusing" Action Logement "on its missions of services to employees".

It "could be accompanied by a transfer to the State of the collection functions" of the participation of companies in the construction effort (Peec), which companies pay to the body, "and the deposit of all or part of the cash in a treasury account ".

A time considered by the Ministry of the Economy, such a project had aroused an outcry from all the social partners, who had written their opposition to the government in a joint letter.

The Court specifies, however, that it does not exclude any scenario and "that a final choice in this direction may depend on the results observed in 2021".

She indicates that she will present a new report to Parliament in 2023 on the subject.