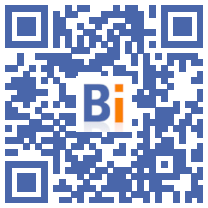 Seventeen defendants including seven companies, 18 irremediably polluted sites in the Var and the Alpes-Maritimes: in Draguignan (Var) the trial of the "waste mafia" will open on Monday, suspected of having organized the dumping for years wild debris from construction site in nature.

Scheduled to last five days, the examination of this case, where the defendants face up to ten years in prison and a million euros fine for various criminal offenses and environmental attacks, follows a resounding blow net which had mobilized more than 200 gendarmes and agents of the State of Var, during an operation called "Burned lands", in June 2020.

The defendants are being prosecuted for abandonment and irregular management of waste in an organized group, under the environmental code. But also, at the penal level, for swindling in an organized group, threat of death, crime or misdemeanor, or even extortion by violence, among others. From where this qualifier of "mafia of the waste" quickly used by the actors of this file.

Conducted for several months, the investigation had brought to light, according to Patrice Camberou, public prosecutor of Draguignan, "a system organized for several years" during which "hundreds of thousands of cubic meters of earth, concrete, scrap metal or tar had been dumped on about twenty irremediably disfigured sites, between Fréjus, Le Luc and Trans-en-Provence, in the Var, and as far as Sospel in the Alpes-Maritimes ".

The companies obtained contracts for the removal of rubble, billed them at the regulatory rate but sold and stored the rubble "on private or public land, by deceiving or threatening the owners", all costing "about five times less", always according to the parquet.

According to the National Federation for the Environment (FNE), a civil party alongside in particular the Federation du BTP du Var, "many private owners have let themselves be taken in by this mafia network: in search of land for small developments on their land. plots, they responded to advertisements on Le Bon Coin or Facebook to obtain topsoil ": but" while they were waiting for a few trucks, hundreds of trucks finally came to dump waste on their properties ".

"Several people who tried to oppose this incessant flow have been threatened with death," says the FNE.

Among the polluted areas, the association points to Natura 2000 areas, classified wooded areas, but also a project site for the protection perimeter of a source of drinking water production. Among the affected areas, the Plaine des Maures National Nature Reserve, an area of ​​major sensitivity for the Hermann's turtle, a protected species.

The FNE also points to the case of this property polluted by 240 tonnes of soil with arsenic and lead, where vines have since been planted in particular.

The treatment of construction site waste is problematic in the South-East and sometimes turns, beyond these environmental damage, to the human tragedy. In August 2019, the mayor of the Var village of Signes, Jean-Mathieu Michel, 76, died when he was knocked down by a van whose occupants he wanted to verbalize, after they had tried to unload rubble in nature.