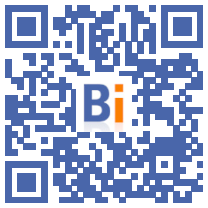 Meeting on June 29, 2022 at the initiative of the Ministry for Ecological Transition and Territorial Cohesion and the Ministry in charge of Cities and Housing, the jury awarded the Grand Prize for urban planning to Franck Boutté, engineer of bridges and roads, trained in architecture. This prize will be awarded to him by the ministers at the end of 2022. 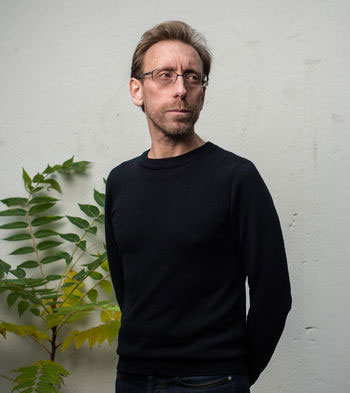 Created in 1989, the Grand Prix de l'urbanisme distinguishes each year a personality recognized by an international jury. It promotes the action of professionals who contribute to advancing the discipline and improving the living environment of the inhabitants of all territories.

This year, the jury nominated Franck Boutté for his pioneering approach to the environmental engineering of architectural, urban and territorial projects. His dual approach as engineer and designer, and his positioning as a consultant and project owner, allow him to re-examine projects in the light of innovative but also contextual or even vernacular solutions. Its achievements demonstrate that it is possible to propose projects that are more energy efficient, more resilient in the face of climate change, but also more pleasant to live in.

Franck Boutté, born April 27, 1968, founded a design and environmental engineering agency, Franck Boutté Consultants. His agency has been developing for more than 15 years concepts and methodologies, strategies and concrete solutions aimed at improving the sustainability and habitability of territories and buildings, by intervening at all stages of projects and at all scales, in an approach both contextual and concerned with positive induced effects on their host territory.

Coordinator in 2003 of a guide on sustainable construction, then very quickly engaged in numerous building projects with low environmental impact, he gradually widened his field of reflection and action to the "urban project", by seeking on a larger scale larger than that of the scope of intervention the most efficient levers of sustainability.

In response to the model of the positive energy building, in 2010 he formalized the concept of TEGPOS, territory with positive global energy, to claim the necessary passage from the building to the territory and the consideration of the multiple components of energy.

In Morocco, in Casablanca (Anfa and Zenata), he works with Bernard Reichen on Mediterranean ecology, reconnecting with vernacular knowledge and the art of "shadow and wind", essential in Europe in the era of global warming.

For the Île de Nantes development project, he and his team invented a sustainable development charter and a methodology of negotiated prescriptions, based on "figures of sustainability", in the continuity of the reflection already undertaken during the plan. guide by Alexandre Chemetoff.

On a larger scale, his collaboration with François Leclercq on the Montpellier SCOT offers him the opportunity to create a qualitative territorial project dealing with urban revitalization in a metabolic approach integrating risks and valuing water, nature, agriculture, and energy.

He is also mobilized with the Richez et Léonard agency on the Rue commune project, which aims to provide local authorities and civic organizations with a framework and tools to initiate the transition from ordinary streets to "communes", at a time of the post-carbon city.

Recently awarded with the landscape architect Bas Smets near Notre Dame, he imagines with the team a method of cooling the ground, preventing the formation of urban heat islands.

He defends “the inconstructable part of the territories” through a network of sanctuarized “voids”. And proposes trajectories to guide the ecological transition of territories: the restoration of natural ecosystems, carbon neutrality, the inductive and regenerative dimension of projects on the territory and their engaging capacity vis-à-vis citizens. In this respect, it participates in a renewal of the political dimension of town planning.

He is a methodologist, he says he builds his thought through his action: “I can't separate thought from action. I'm more interested in what I do than what I think. »

Their contribution is immense, combined with that of the winner, by offering future prospects for town planning such as the need to change models, methods and even society with a different degree of radicalism. They evoke the evolution of the game of the actors, the majority starting from the project, source of lessons and experimentation, but also of readings, writings, meetings, to open perspectives for the diversity of the territories of the most metropolitan to the most rural. They favor the linking of spaces, but above all of subjects, by defending sobriety, deploring financialization, a source of higher prices for cities, and favoring environmental input but also the collective, within teams, with other teams. , with specialists or even with residents or initiative takers. They call for sharing the issues, and overcoming controversies, to make the city and life better.

Ministry of Culture and Communication

Note: * the star indicates the members of right