The 2022 budget unveiled Wednesday, already attacked on the rise in spending 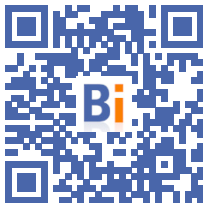 State spending soaring despite the stated end of "whatever the cost": the government unveils its draft budget for 2022 on Wednesday, which is already making the opposition cringe seven months from the presidential election.

It is not a surprise, the last budget of a five-year term is never the most ambitious on the control of the expenses, whereas it is traditionally amended after the presidential and legislative elections.

The 2022 finance bill, which the government presents to the Council of Ministers on Wednesday, is no exception to the rule, even if the Minister of the Economy Bruno Le Maire has defended the "responsibility" and the "serious" financial the executive.

This latest budget of Emmanuel Macron's five-year term, however, provides for an increase in the envelope allocated to ministries. In July, Bruno Le Maire had put forward the figure of nearly 11 billion additional euros.

Except that since then, spending announcements have been raining down, from Emmanuel Macron or his Prime Minister (plan for the independents, boost to MaPrimeRénov, Beauvau for security, public transport, etc.), some of which are not not yet taken into account in these 11 billion euros.

We are still waiting in particular for two big pieces: the investment plan, in the order of 30 billion euros over several years, to finance innovation and the sectors of the future, and the income from engagement for young people. , last major social measure of the five-year term, which could be around 2 billion euros per year, according to the Ministry of Labor.

Holes in the project that did not really please the High Council of Public Finances, an independent body responsible for assessing the credibility of the government's budget forecasts. In his opinion made public Wednesday morning, he blasted these shortcomings, saying he was unable to give a "fully enlightened" opinion on the text, in particular on the forecast of public deficit.

This is the first time since 2016, and the last budget of François Hollande's five-year term, that the HCFP is so severe with a budget bill.

"It is not open bar", wanted to reassure the Minister of Public Accounts Olivier Dussopt before the presentation of this budget, defending a "return to normal" while keeping the "commitments" made by the President of the Republic on justice, the army, education or research.

Bercy promises to devote part of the best expected revenue to deficit reduction thanks to dynamic growth this year (+ 6%, then + 4% in 2022 according to the government). But the government has not yet announced any savings measures.

"2022 is still not a normal budget, or even a normalization in view of all the new expenses which are announced, even if they can be justified on the economic plan", estimates Hélène Baudchon, economist at BNP Paribas. "The question is: what will be the financing opposite?".

On the right, we are already attacking a "spending euphoria" seven months before the presidential election, in the words of Eric Woerth, LR chairman of the Finance Committee at the National Assembly, in Le Figaro.

Xavier Bertrand also lambasted an attitude "absolutely irresponsible" on Sunday, when Valérie Pécresse repeats over and over again that Emmanuel Macron "burns the box".

On the left, the deputy LFI Alexis Corbière denounces "a president in campaign with public means".

"The executive is faced with a difficulty: for almost two years, the policy has been that of whatever the cost. It is very difficult to get out of it, to say that we must limit public spending . And it is all the more complicated that the (presidential) election approaches ", analyzes Charlotte de Montpellier, economist at the bank ING.