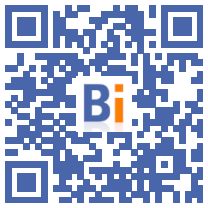 As in previous years, the 2022 draft budget presented on Wednesday is an opportunity for the government to remove small taxes and tax loopholes considered obsolete, with this year the removal of nine tax loopholes or exemptions and four low yield taxes.

With regard to taxes, the Ministry of the Economy has thus decided to remove the possibility of experimenting with urban tolls in cities with more than 300.000 inhabitants, according to article 30 of the finance bill which will soon be examined. in Parliament.

No more tax due by shipping companies in Guadeloupe, Guyana, Martinique, Mayotte and Reunion, depending on the number of passengers transported.

The royalty due by the holders of hydrocarbon mining concessions in the French exclusive economic zone off Saint-Pierre-et-Miquelon, and paid up to now to the local authority, has ended.

On the side of tax niches and exemptions, the government is putting an end to several exemptions from local taxes and corporate tax in the event of the takeover of a company in difficulty.

Since 2018, 64 low-yield taxes had already been removed "for tax relief of 730 million euros" as well as 46 "inefficient" niches and 2 derogatory regimes, specifies the Ministry of the Economy.

The objective is to "simplify the French tax system", often criticized for its complexity, recalls Bercy.