The 10 main lessons of the global assessment of Climate Action by sector, presented at COP 27 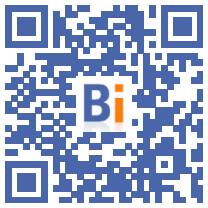 The Climate Chance association will publish during COP27 the summary of the World assessment of climate action by sector 2022, in order to feed the negotiations and show, not only the power of action of non-state actors, but also the immensity of the path that remains to be accomplished to stabilize emissions.

The Climate Chance Observatory, launched by the Climate Chance association in 2018, analyzes each year recent trends in the climate action of companies, communities and all civil society organizations, as well as the weak signals of the remarkable action and initiatives that make it possible to identify the most effective levers to move towards a low-carbon society. The Observatory shows climate action as it is, not as it should be; commitments, surveys and recommendations do not fall within its scope of analysis.

The Global Climate Action Report by Sector is a summary report that tells the story behind the figures for the evolution of greenhouse gas emissions in the main emission sectors on a global scale, namely energy, transport, buildings, industries, waste, land use. This is the flagship publication of the Climate Chance Observatory, presented each year at the time of the COP, and undoubtedly the only one to offer such a complete overview of the climate action of all non-state actors, at the global scale.

One year from the Global Stocktake and while the year 2022 marks a recovery, more or less rapid depending on the sector, of emissions at their 2019 level, it is essential to show the evolution of mobilizations and to understand how structured the year's climate action.

For this World Report 2022, 10 "Great lessons" are deciphered and will be presented in detail on November 9, at COP27 in Sharm el-Sheikh, during a press conference.

Faced with the explosion in demand, the use of fossils exceeds the boom in renewables

In 2021, global emissions due to energy use rebounded to exceed their 2019 level. Between OPEC production quotas and soaring prices, oil is the only fossil fuel whose emissions have remained lower than 2019. Gas, despite inflation, saw an increase in demand in all sectors. Above all, coal has provided half of the global increase in electricity demand. The exceptional growth of renewables during the pandemic has slowed slightly, but the addition of renewable capacity exceeds 2021. The war in Ukraine is not a trigger, but an accelerator of the tensions in the gas market generated by the resumption of electricity. economy after lockdowns. If this global crisis represents an opportunity to accelerate the energy transition in the long term, it also acts as a brake in the short term, by driving up prices and offering a reprieve to coal.

Despite a carbon recovery, industrialized economies are back on their transition trajectories

2020 was a year in parentheses which, while it has made it possible to accelerate certain transitions (such as the massive adoption of bicycles in many major cities around the world), does not reflect the dynamics that began before the pandemic. 2021, notwithstanding a first quarter marked by containment measures which still affect emissions figures, confirms the transition trends initiated by Western economies: coal is in decline, gas increasingly competes with renewables in full growth, and the decarbonization of transport finally launched in certain European countries, particularly conquered by electrification. Inflation in gas prices, triggered in the second half of 2021 by the global economic recovery then accelerated by the war in Ukraine, is pushing States to new investment plans to achieve energy independence based on low-carbon energies.

The rebound in new vehicle sales observed in 2021 is marked by the acceleration in the penetration of electric models (10% of global sales, up to 20% in Europe and China, i.e. twice as much as in 2020). From rail to urban mobility, no sector escapes the electrification of motors, with regional variations: motorized two-wheelers in India (+132% in 2021), buses in Latin America (+27%), bicycles in Europe (1/4 of sales). The increase in public purchase subsidies (+77%, $273 billion) is a very effective market driver, which makes it possible to accelerate the installation of charging infrastructure (+40% in 2021) and to have a more than proportional leverage effect on private spending. However, the success of SUVs with manufacturers and consumers (45,9% of global sales), the second source of growth in global emissions, tends to offset the efficiency gains obtained thanks to electric vehicles. Moreover, since the efficiency of vehicles is almost proportional to their weight, the orientation of EVs towards heavy models marks a persistent attraction for the imagination of power, which underlines one of the main contradictions of the transition on a global level.

Forests: behind national contrasts, financing shifts towards payment on results

In 2021, the loss of forest cover (-2%; 25,3 Mha) and primary forests (-11%; 3,75 Mha) slowed down, without however reversing the trend. Among the factors of deforestation, fires have played an increased role in forest destruction, generating even more emissions (+4%, 378 MtCO2). While the main economic sectors at risk of deforestation (livestock, palm oil, cooking, paper, etc.) are increasing their level of commitment – ​​unequally – the indicators available to measure progress made towards international objectives remain far from the mark. . Attracting funding for projects with a dual impact on climate and biodiversity is accompanied by a more holistic typology of actions, such as rights of nature, life cycle approaches to measure the footprint of companies, the socio-economic transformation of production chains or the certification of compensation projects with co-benefits for biodiversity.

In 2021-22, the recovery of the global economy, extreme weather events and the war in Ukraine have highlighted the vulnerability of value chains and the strategic interdependencies of transition industries. Sectors such as the automobile, in a context of concentration of resources in strategic minerals (lithium, nickel, cobalt), favor long-term supply contracts and the vertical integration of value chains. From the opening of lithium mines to the production of renewable energy, reindustrialization oscillates between cooperation and competition. In Europe, the United States, China and emerging countries rich in raw materials, the planning state is regaining control to relocate value chains (40 gigafactory projects in Europe), or even nationalize national champions (EDF, Uniper ). At the same time, the inflation of energy prices operates a Darwinian selection among market players, to the advantage of large capitalistic companies, supported by their States of domiciliation.

The past seven years have been the hottest on record anywhere in the world. In 2021, the intensification of climatic hazards caused colossal human and agricultural losses and disrupted the operation of electricity networks (nuclear, hydroelectric, transmissions, etc.) and transport infrastructure (particularly rail). At the same time, short-term adaptation needs (air conditioning, refrigeration, irrigation, etc.) generate additional energy expenditure – essentially met by fossil fuels – which weakens the transition scenarios and erases the gains made possible by long-term actions. term, such as the thermal renovation of buildings or agroecology, the rate of adoption of which remains slow. Conversely, the emergence of "state sobriety" in the public debate, in reaction to tensions on the energy market, opens a new horizon of combined actions for long-term mitigation and adaptation. .

Better and better financed and planned, adaptation always seeks to measure its impact

As the extreme and structural effects of climate change increase, the needs for investment and insurance to cover and protect against risks are becoming more and more pressing. While major bilateral and multilateral donors are dedicating an increasing share of their climate finance to adaptation, parity with the mitigation targeted by the Paris agreement is still far from being achieved. Between the NDCs, the communications on adaptation provided for by the Paris agreement and the National Adaptation Plans of the Cancún adaptation framework, the States have, on the whole, started their adaptation planning. But on the ground, adaptation projects still lack concrete measurement of their impact, as evidenced by the scarcity of quantitative or qualitative indicators of climate risk reduction in academic publications that attempt to assess them.

Carried away by the net zero wave, the voluntary carbon market is shifting into another dimension

In 2021, the voluntary carbon market broke all records (nearly $2 billion in transactions, x4 since 2020), driven by the wave of corporate commitments to achieve “net zero emissions”. In particular, credits certifying nature-based solution projects (afforestation, reforestation, conservation, etc.) are enjoying flourishing success and occupy the leading position in the market (approximately 50% of credits traded). The co-benefits for biodiversity and the socio-economic development of local communities are also highly sought after. However, emission elimination credits, which allow the capture and additional sequestration of CO2 in the long term, remain very underdeveloped. If it makes it possible to channel private financial resources towards projects beneficial to the mitigation of greenhouse gas emissions, the possibility offered to companies and other organizations to claim "carbon neutrality" in the absence of a universal standard arouses controversial.

Under legal and shareholder pressure, carbon industries are adapting the pace of their transition

The year 2021 has not marked a major break or acceleration in terms of shareholder activism: more and more proposals related to the environment are tabled – especially climate-related – but a minority of them are voted on, and very few collect the majority. A practice still marginalized in the early 2000s, mainly concentrated in the United States, the use of the law against the climate policies of States and companies is one of the major trends of recent years. A small majority of the decisions rendered are in favor of climate action, but their long-term effects are still little studied. Despite everything, this double pressure commits the carbon-intensive industries a little more on the paths of a transition whose tempo they control: no major player is giving up its most carbon-intensive historical activities (oil, gas, coal, etc.) – which are also the most lucrative and potential levers of investment in the transition.

Communities and local governments adapt the transition to the territories

Local governments are at the forefront of implementing climate policies adapted to the needs of citizens. In terms of mobility, major European cities are increasingly pushing for the electrification of bus fleets and the reconfiguration of public space in favor of walking and cycling, while limiting car traffic by introducing low-emission or car-free zones. While most of the electric bus fleets are in China, European and American cities are increasingly open to it. Local governments go beyond targets set at the national level, by improving the energy efficiency of their buildings and infrastructures, by introducing minimum energy performance requirements, adaptation standards in building codes, or by adopting heating decarbonization policies. Local cooperative forms are suffering from the energy crisis, but are proving effective for adaptation.