What does the French stimulus and reform plan sent to Brussels contain? 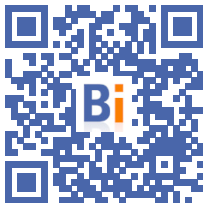 France presented its national recovery plan on Tuesday, which it sent to Brussels on Wednesday and which details how it intends to use the 40 billion euros in EU subsidies and the reforms undertaken to stick to the European roadmap .

What Europe will finance

Of the 100 billion euros of the French recovery plan, Paris can claim to have 40 billion financed by Brussels.

Of this amount, more than half corresponds to spending in favor of ecological transition, including the 5,8 billion plan for energy renovation, 6,5 billion dedicated to transport and green mobility infrastructure, or 5,1, XNUMX billion to be used for the development of green energies and technologies.

France is thus in the nails of the criteria set by Brussels, which set at least 37% of spending in favor of the ecological transition and 20% for the digital transition.

The European plan had also set as a priority the efforts in terms of social cohesion, education and institutional efficiency.

The reforms put forward by France

Beyond investments, Member States had to include a reform component in their national plan. France had to show in particular its intention to carry out structural reforms, already long called for by Brussels.

In its plan, the government has taken over a large part of the reforms adopted since 2017: the housing policy, the climate law or the law to simplify public action and business life.

"A bit of a Prévert-style list", pointed out the chairman of the Finance Committee at the National Assembly Eric Woerth, during a hearing with Minister of the Economy Bruno Le Maire and his Minister for Public Accounts, Olivier Dussopt.

First, the criticized reform of unemployment insurance, the entry into force of which was suspended during the crisis and is now scheduled for July.

The executive also wants to review the management of its public finances, as advocated in a recent report commissioned by Matignon, with the objective of "returning to a prudent budgetary policy".

"We need to put in place a multiannual framework, with a rule of expenditure", defended the Minister of Finance Bruno Le Maire, during a press conference with his German counterpart Olaf Scholz.

Legislative measures are planned in this direction as of this year.

The subject is sensitive: this reform project, started before the crisis, had put certain professions in the street for long weeks at the end of 2019.

The document sent to Brussels recalls the government's determination "to carry out an ambitious reform of the pension system", as long requested by the European institutions.

"We do not need any recommendation, neither from a European State, nor from the Commission, to be aware of the need to reform pensions in France", defended Mr. Le Maire. .

But "the pension reform does not appear in the technical sense of the term in these reform meetings that we have indicated to our European partners", then specified Bruno Le Maire during his hearing before the Finance and European Affairs committees. of the National Assembly.

The government does not give a precise timetable, limiting itself to stressing that the social dialogue on this project should be relaunched "as soon as the improvement of the health and economic situation allows it".