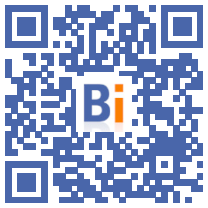 Oscar-nominated director Lucy Walker had barely started her documentary on California's biggest wildfire in history, when the blaze was dethroned by an even bigger blaze.

Today, the terrible Thomas Fire of 2017 is only the seventh in terms of area devastated and is expected to soon be overtaken by the Dixie Fire, which rages in the forests of northern California, as climate change makes the increasingly long, hot and destructive fire season.

“One of the things I learned from making this film is that these fires happen all the time, they happen over and over again,” says Lucy Walker.

"It's just the terrible proof of the film's thesis. I didn't want to be right, nor to make such a current film, but this is the situation in which we find ourselves."

"Bring Your Own Brigade", which hits theaters in the United States on Friday, examines the causes, problems and possible solutions to the fires that plague more and more the western United States each year.

It opens with the poignant images of two fires that devastated Malibu and Paradise in 2018, two Californian cities with opposing socio-economic realities, and killed 88 people.

The team closely followed the work of the firefighters during the carnage, and the documentary focuses on the personalities and stories of these firefighters and stubborn residents, who have since returned to live in the burnt communities.

Heroic tales quickly lead to the conclusion that those most affected by fires, and climate change, which researchers believe increases risk, are often the most reluctant to change their behavior.

For example, residents of Malibu have refused a proposal to raise taxes to hire more firefighters, accusing them of failing to save their homes.

And the city of Paradise has rejected a series of inexpensive and effective proposals in an attempt to avoid future tragedies, ruling out even solutions as simple as having to clear 1,5 meters of space around houses.

"The fact that a city like Paradise is not able to adopt building standards means that they are going to find themselves in the same position again," says Lucy Walker.

"We have not even managed to convince them that these small compromises or these small expenses are worth it. I think it was edifying," she told AFP.

While addressing the issue of climate change, the film also explores other causes of forest fires, which at first seem easier to rectify.

The authors of the film present the seemingly paradoxical idea that large-scale logging, a solution proposed by former President Donald Trump, only worsens the situation.

In Paradise, the murderer Camp Fire had destroyed a logging operation, spreading rapidly thanks to the way trees are planted, wood residue and the presence of invasive species, like highly flammable grasses.

Lucy Walker also spoke with indigenous peoples such as the Plains Miwok who, long before the arrival of Europeans, protected themselves from large fires by "controlled burning", which consisted of lighting small supervised fires.

The practice, which aims to get rid of risky vegetation, is again increasingly common in California, although locals often oppose it out of fear for their safety or air quality.

"When we are not in an emergency situation, it is difficult to accept to make compromises and sacrifices," says Lucy Walker, nominated twice at the Oscars, notably for her documentary "Waste Land", released in 2010 .

"I don't think it's anything unique to America but maybe it's embodied in the figure of the individualistic American who wields his gun."

The current fire season suggests that mentalities will have to change quickly.

At the end of July, the area burned in California was up 250% from the previous year, yet the worst year in recent history for the state.