Terminal under pressure on pensions and the taxation of profits 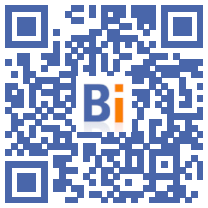 The thorny issue of pensions has focused criticism from the presidents of parliamentary groups received Wednesday, September 21 at Matignon by Elisabeth Borne, in accordance with her desire for "consultation" to try to demine a session that promises to be tough. 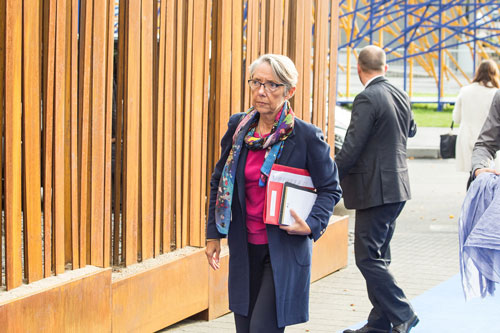 The left-wing Nupes coalition was at the same time increasing the pressure on the government, with a bill to tax the "superprofits" of big companies and to try to obtain a referendum of shared initiative, which will not fail to animate the budget debates. "We hope that this procedure will create a balance of power" with the presidential majority, insisted the socialist Olivier Faure.

The question was also raised during the exchanges at Matignon. "In a war economy, you have to generate exceptional revenue," pleaded Patrick Kanner on behalf of the PS senators.

“We will talk about it again” during the budget debate, promised the Minister for Relations with Parliament, Franck Riester, during a press briefing at the end of the day.

“Consultation and listening will make it possible to carry out the reforms necessary for the country”, for her part argued in a tweet the Prime Minister who, deprived of an absolute majority in the National Assembly, advocates dialogue in the hope of building “ project majorities".

However, it does not exclude, for the vote on the budget in the autumn, recourse to article 49.3, which allows the adoption of a text without a vote except for a motion of censure, because "the French did not ask us immobility".

Scanning the legislative calendar, from unemployment insurance to the budget via renewable energies, many of his interlocutors expressed their hostility to the idea of ​​an amendment on pensions in the Social Security financing bill (PLFSS).

President Emmanuel Macron had mentioned this possibility, wishing for an application "from 2023". A decision that “will belong” to the government, he added.

Cautious, Ms. Borne has still not spoken on the subject. "When the time comes, the President of the Republic and Prime Minister will decide, both on the form and on the substance", but "to make decisions, it is important to listen", affirmed Mr. Riester.

"If it's the amendment, the government will impale itself", predicted the leader of the senators LR Bruno Retailleau, who considers the pension reform necessary, but castigates a way of doing things "totally contradictory with the famous new method (based on the compromise, Ed) proclaimed by the President of the Republic".

It would be "a violence done to parliamentary debate as much as to social dialogue", judged for the PS deputies Boris Vallaud, for whom the compromise "was in the practice of the government only a word".

Communists and ecologists had previously also rejected the hypothesis of an amendment.

The eventuality divides even the majority.

Received first with her counterparts from MoDem and Horizons, the leader of the Renaissance deputies, Aurore Bergé pleaded "collegially" in favor of a "quick decision" on pensions.

If the government had to resort to article 49.3 of the Constitution, it will be “the responsibility of the oppositions”, according to her.

But the president of the MoDem group in the National Assembly, Jean-François Mattéi, reiterated to the Prime Minister the opposition of his deputies to such an amendment, even if he approves "the need for reform".

"We were elected to act, not to procrastinate", pleaded for his part the president of the Horizons group at the Palais-Bourbon Laurent Marcangeli, who will be "at the rendezvous of the reform", while the macronist senator François Patriat recalled that the Senate, with a right-wing majority, amended the pension budget each year.

In terms of method, the renewable energy bill "will be a good test" to "see if the government is able to bounce back on (the) proposals" from EELV and manages to "find other majorities" , said the environmental senator Guillaume Gontard hoped.

His counterpart in the National Assembly, Cyrielle Châtelain, called for a "policy up to (the) climate upheaval", and reiterated his "complete opposition" to the "liberal" reforms of unemployment insurance and pensions.

The Prime Minister is still to receive Marine Le Pen (RN) and Olivier Marleix (LR) on Thursday, then Mathilde Panot (LFI) on September 30.