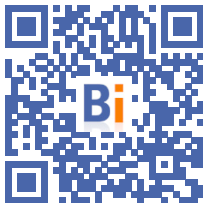 The system of a retirement by points "could create concern" and it is "perhaps preferable" to make the reform differently, admitted Sunday Élisabeth Borne, thus indirectly confirming that Emmanuel Macron no longer considered it for a second five-year term.

"The points system was not necessarily very simple, indeed it could have caused concern", declared the Minister of Labor on the set of BFMTV.

In his speech on Tuesday, Emmanuel Macron estimated that "the conditions are not met" to relaunch the work of the pension reform, which he postponed to 2022, at the start of a possible second five-year term.

But he no longer mentioned the establishment of a points system, a key theme of his 2017 reform project.

According to him, it is now a question of "pushing back the legal age", "removing special regimes by harmonizing the rules between public and private", "encouraging work beyond the legal age" and "doing so that at the end of a full career, no pension may be less than 1.000 euros ".

To achieve the consideration of the whole of an activity duration, "there are other ways of doing it (than the points system) and perhaps that is preferable", judged Mrs. Borne.

In the universal pension system voted on at first reading by the National Assembly before the Covid crisis, the amount of the pension should depend on a number of points accumulated throughout the professional career and no longer on the duration of the contribution (in quarters) and the reference salary (25 best years in the private sector, last 6 months in the public sector).

The points system was supported by the CFDT but criticized by other unions.