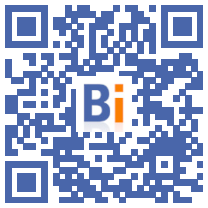 Ten companies or consortia have been pre-selected for the construction of a wind farm in the south of Brittany, the first floating park in France, announced the Ministry of Ecological Transition.

This 250 megawatt (MW) project, west of Belle-Ile-en-Mer, will be the ninth offshore wind farm in France, and one of the first using floating wind turbine technology in Europe.

Unlike “installed” wind turbines, the mast of which is planted in the ground at sea, “floating” wind turbines, at this stage of pilot sites, allow installation in deep areas.

At the end of the public debate held at the end of 2020 and then of the commercial call for tenders launched in May by the State, the ministry appointed the 10 pre-selected candidates for its construction and operation.

"The competitive process, to determine the winning company, has been launched with the pre-selection of 10 candidates to participate in the competitive dialogue," said a statement.

The designation of the winner is scheduled for 2022, for commissioning "envisaged in 2029".

The "competitive dialogue", over several months, "aims to reduce the costs of projects and secure their implementation", specifies the ministry: the State will discuss with the candidates on specifications "which will integrate several remarks made by the public during the debate, in particular concerning the taking into account of fishing activities as well as the integration of the project into the local economic context ".

Several plenary meetings will be organized with all the candidates, in the presence of elected officials and local economic players.

The pre-selected, "in view of their technical and financial capacities", are the consortium formed between CIP and ENI, the project company Eoliennes Flottantes Bretagne Grand Large (involving EDF Renouvelables and Maple Power - a joint venture of Enbridge and CPPIB), the consortium formed by the groups Elicio and BayWa re, Equinor, Iberdrola, Ocean Winds (joint venture dedicated to offshore wind power of Engie and EDPR), as well as RWE.

The State plans to install two floating parks in this sector, one of 250 MW, and another of up to 500 MW, with shared connection.