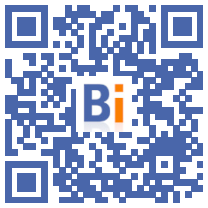 Ten communities, including the city of Paris and the metropolises of Lyon, Lille or Strasbourg, announced Tuesday, November 15 the creation of the national association "Act against vacant housing" to "better meet the needs" of housing communities.

"Today the aid offered to owners to rent out empty homes is not attractive enough, and therefore does not allow them to capture these homes", explained the first president of the association, Suzanne Brolly, also vice- president of the Strasbourg Eurometropolis.

"Today, we are reaching the limit of the system," she added, referring to the Loc'Avantage system, which came into force on March 1, and which offers owners a tax reduction if they offer their tenants a rent lower than market real estate prices.

"A lot of experiments have been carried out, we want to speed up and improve the process", added Suzanne Brolly. "We want local authorities to be associated when aid is created, to check that it corresponds to the needs of the territories."

“The mobilization of the private park is a way of responding immediately to the needs of the territory”, underlined Suzanne Brolly, recalling that 24.000 people are waiting for social housing in the metropolis of Strasbourg alone.

The association also plans to campaign to make energy renovation of housing more attractive, while the law prohibits the rental of certain housing, the most energy-consuming, from January.

"Today, it costs less to go and consume agricultural land and build new than to go and renovate built heritage, we want to reverse that", continued the president of the association, pointing out the risk of degradation. existing habitat and evoking the collapse of two buildings in Lille on Saturday.

"Existing devices are not always suitable, I am thinking of the Denormandie device for example, which has not been very successful even though it could allow goods to be put back on the market. We need to make it sexier to generalize it, otherwise it will remain anecdotal", added Philippe Stephan, deputy mayor of Roubaix, a community that also founded the association.

The cities of Rouen and Ajaccio, the metropolis of Grenoble, the department of Meuse and the community of Ardennes-Thiérache commune are also among the founding members of the association, which presents itself as "open" to other members and apolitical. . "We will be stronger by being more numerous", pointed out Philippe Stephan.