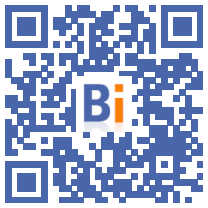 The climate emergency is now a reality and the acceleration of the energy transition is an obligation. In this context, the Climate and Resilience Plan, the amendments of which are currently being debated in the Senate, sets a new course for all, that of carbon neutrality by 2050 through a “big bang” of energy renovation, in favor of comprehensive renovation of housing and buildings.

And there is still a long way to go with nearly 5 million homes still considered thermal sieves. As a player in the energy transition for more than 30 years, working alongside public authorities to make the energy saving certificates (EEC) market more efficient and robust, TEKSIAL welcomes these prospects, but also contributes to it. some downsides and proposals so that French households, including the most modest, are not left out of this great project.

In order to achieve this objective, it is necessary to simplify and facilitate energy control in order to control the impact on household budgets, in particular on energy poor, as well as on the competitiveness of businesses, industries and businesses. communities. If in this context, 45% of French people consider energy renovation to be necessary in their home *, this interest does not however translate into concrete actions. So what are the obstacles to multi-work renovation?

Budgetary brakes, the complexity of the process, the fear of eco-delinquents

Budget, complexity of the process, fear of eco-delinquents? There are three brakes at the same time. With an average budget of 3 euros, this is still an insufficient amount to carry out effective work when the cost of a site is between 071 and 35.000 euros.

“Let us take for example, a 100m² dwelling classified F which will have to carry out 6 works operations, this project will have a cost of 56.000 €. For a so-called modest household, the remainder can reach more than 40.000 €. However, this remaining charge exceeds the annual income of this family of 4 people ”, explains Alice Monnet, Head of Public Affairs at TEKSIAL. If 56% of French people have more than 1.000 euros to finance them, 37% say they have less than 1.000 euros to finance them and even 18% have no budget. The corollary of this situation is the absolute necessity to reduce, once the existing aid has been deducted, the remainder payable by households, in particular for the poorest.

The second obstacle to renovation work is the complexity of the procedures and the work. On the complexity side, let us remember that 71% of French people are still unaware of the aid * and 87% point the finger at the cumbersome administrative procedures. Regarding the heaviness of the work, 63% of the French believe that these sites take too long and even 74% consider the energy renovation work to be anxiety-provoking. **

To achieve the objective of carbon neutrality by 2050, renovation must be carried out massively and by everyone. As such, Teksial wishes to encourage households to carry out energy renovation work by involving pragmatism more than big ideas: to each according to his situation and his resources. “It is therefore neither a question of making the aid for“ one-off operations ”too low, nor of making multi-work renovation inapplicable, but of making renovation possible for all. »Explains Jean-Baptiste Devalland CEO of Teksial.

Objectives: results and a number of tailor-made workstations

To avoid being faced with a wall, Teksial suggests that the ambitions of a multi-work renovation be based on the conditions of result:

Aid released at every stage

Since the aid mainly intervenes only at the end of the site, thus forcing individuals to release the necessary funds beforehand, Teksial recommends that the realization of bundles of work be spread over a sufficiently long period, with, why not, aid released at each stage. A solution that would help individuals pay artisans and therefore not give up halfway, because not everyone can do without their residence for several weeks, or even months.

In this context, in order to secure and support these massive renovation objectives, Teksial unveils a new and unprecedented professional charter of commitment, the first in the EWC sector, intended for its professional building partners. A moral and administrative contract designed to secure all stages of the energy renovation work project and thus lift the brakes of the French still worried about the idea of ​​embarking on work.