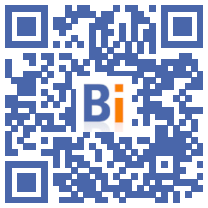 They had dumped rubble in the heart of the Calanques national park: two Marseille entrepreneurs were sentenced, Monday, November 21, to a one-year suspended prison sentence, to repair the damage caused and to pay a fine of up to 21.500 euros.

Between January 17 and March 29, 2018, camera traps installed on a large piece of land belonging to the Israelite Consistory of Marseille had filmed sixteen rotations of two trucks belonging to the defendants.

No other vehicle had been surprised. A few months earlier, the national park had drawn up a report establishing the presence of rubble made up of boulders, concrete, glass wool, plastics and tiles, freshly deposited, nature having not regained its rights.

The amount of the fines pronounced by the court (11.500 euros for one and 21.500 euros for the other) corresponds roughly to the sum that the two contractors would have had to pay to landfill the volume of these sixteen rotations.

Denouncing "a scourge which distorts our region", the prosecutor Michel Sastre had requested a mixed sentence of 18 months in prison including six months firm and a fine of 15.000 euros against each of the defendants whom he had described as "boss-thugs".

This land located in the national park also benefits from a Natura 2000 classification and as a natural area of ​​ecological, faunal and floristic interest.

The president of the court Azanie Julien-Rama justified the sentence pronounced by "the seriousness of the facts which lasted for several months with very serious consequences".

Heard at the hearing, an environmental inspector from the Park had underlined the serious impact of these discharges of polluting waste on the fauna, flora and habitats of the park in a site also classified as landscapes for their exceptional beauty. . She added: "after the fires, nature repairs itself but with these dumpings of waste, no repair is possible".

The court dismissed the arguments of the two contractors who said they had only moved waste already present on the premises and maintained that they had a verbal agreement with the owner of the land. "They were never able to justify such an agreement," noted the court.

The judges also ruled out their good faith based on providing the hearing with invoices from recycling centres, but only one concerned the period of the facts.