Support measures are expected to cost around € 32 billion in 2021 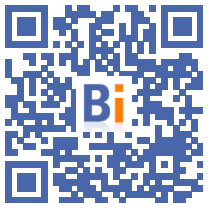 The state should spend 32 billion euros to support the economy in 2021, after a year 2020 which saw the deficit and the debt reach "historic" levels, indicates in an interview with AFP the Minister of Public Accounts Olivier Dussopt, who remains "optimistic" on the recovery.

QUESTION: According to INSEE, the public deficit reached 9,2% of gross domestic product (GDP) last year, after 3% in 2019. This is less than what you had expected, but it is when even a level never seen before ...

ANSWER: The figures are both historic and encouraging. Historical, because the deficit for the year 2020 is the largest that France has known in the contemporary period, and encouraging because it is less important than what we had imagined during the vote of the last amending finance bill for 2020 and the finance law for 2021.

The forecast which was ours was at 11,3%, but the maintenance of activity at a higher level than expected and tax revenues higher than expected too, mean that the public deficit in 2020 stands at 9,2, 211,5%. This represents an amount of XNUMX billion euros.

We are 2 points below our forecasts for the end of the year, and that is encouraging, because it illustrates the resilience of the French economy, as well as the effectiveness of the aid measures that we We have set up, like the solidarity fund, the partial activity which allows the maintenance of skills and jobs.

As for the public debt, it will settle at 115,7% of the GDP, whereas we thought it would be around 120%. This is again totally historic.

Q: As the epidemic continues, aid is going to have to be maintained for longer. How much do you estimate their cost will be this year?

A: As we have said, we will continue to help the French and businesses as long as activity is prevented, as long as we have to make decisions which restrict opening hours, which force administrative closures.

On the cost of emergency measures, this may change depending on the evolution of the situation, but to date we estimate that it will exceed 30 billion euros, around 32 billion euros, with 18 billion for the solidarity fund, 11 billion for partial activity and around 3,5 to 4 billion euros for exemptions from social contributions.

Q: You are still expecting 6% growth in 2021. Are these expenditures prompting you to revise your forecast of a deficit down to 8,5% of GDP this year?

A: At this time we are not updating our forecast on debt and deficit. On the deficit we have a forecast of 8,5%, and it is too early for us to be able to change it. This modification will have to take into account two opposing movements. There is a movement which relates to the cost of aid, while specifying that of the 32 billion that I mentioned, many are already included in the finance law for 2021 and therefore in this forecast of a deficit at 8,5%.

There is a second movement, which is the opposite. Having a smaller deficit and a smaller recession in 2020 may have positive effects on the revision of our indicators for 2021.

Despite this epidemic context and despite the uncertainty, I remain extremely optimistic about the ability of the French economy to rebound. There are a certain number of indicators which are very reassuring: the fact that business investment is holding up well, that consumption is holding up well, the fact that according to INSEE, the purchasing power of French households has slightly increased by 0,6% in 2020 despite the recession of 8,2%. And the recovery plan is intended to accelerate the recovery.