Sunny but isolated, Cyprus struggles to increase the share of green energy 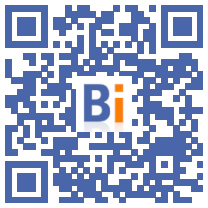 "Three hundred and forty days of sunshine a year, but we still don't rely on renewable energies in Cyprus" is in despair Georgia Mouskou, in her living room bathed in light in Nicosia.

Faced with her skyrocketing electricity bill, the XNUMX-year-old says she wants to "rent a plot" to install solar panels.

On the Mediterranean island, in one year, the number of panels installed by individuals has increased by 16%, according to the Cyprus Electricity Authority (EAC).

Yet Cyprus is struggling to increase its share of solar and wind power. In 2019, it stagnated at 13,8%, below the European average (19,7%), according to the latest figures from the European statistics office Eurostat.

Cyprus hopes to see its share of renewable energy reach 23% by 2030, according to its national action plan.

The problem, according to Markos Asprou, an electricity specialist at the Cypriot research center Kios, is that renewable energy production is "difficult to predict".

"During the day, we have photovoltaic energy. At night, we drop to zero," explains Giorgos Moniatis, co-director of the island's main power plant, Vassilikos.

To compensate for the lack of renewable energy, "the network must be flexible, which is not the case in Cyprus" because of its isolation, indicates Mr. Asprou.

In the event of a deficiency, the island cannot count on the network of any neighboring country. Located more than 800 km from the first European coasts - those of Greece - it is not connected to any other electrical system.

Hence, according to Mr. Asprou, the slow development of renewable energy compared to other countries of the European Union (EU).

To accelerate it, a solution would be needed to guarantee the supply of energy during production troughs such as "storage or interconnection with other countries, etc", he explains.

But if the technologies to store electricity from renewable sources exist, it is currently difficult and expensive to implement them on a large scale, according to experts in the sector.

In the control room of Vassilikos, Mr. Moniatis shows an empty column on a screen: on the whole island, not a breath of wind. The blades of the wind turbines remain motionless.

Vassilikos, which covers 61,5% of the island's electricity needs, burns heavy fuel oil and diesel, fossil fuels which place Cyprus among the most polluting countries in the EU.

“What do we do if there is no wind?” asks Mr. Moniatis. "It's very difficult. We can only rely on ourselves."

To break its isolation, Cyprus is multiplying agreements and projects, such as the very expensive EuroAsia interconnector, co-financed by the EU, which aims to connect the electricity networks of Cyprus to those of Israel and Greece.

On October 19, Cyprus, Greece and Egypt also signed an electricity transfer agreement with a view to interconnecting the three countries.

The Republic of Cyprus also faces a particular demographic factor which leads to peaks in consumption: its 800.000 inhabitants welcome around four million tourists a year, especially in summer, excluding the Covid-19 pandemic.

The needs of the island have thus increased this year from 300 megawatts (mw) in the spring to 1.200 mw this summer, underlines Mr. Moniatis.

During the sweltering summer nights, "everyone wants to sleep with air conditioning, but at night there is no solar energy so we have to rely on the turbines" of the plant, recalls the co-director.

For consumers, "the cost of electricity continues to rise, it weighs on our budget," laments Georgia Mouskou.

But according to Ms. Mouskou, converting her home to use green energy would cost a fortune.

"Even with state aid, it is impossible for us," she regrets.

Another solution could be to rethink your lifestyle. In Chirokitia, only six kilometers from Vassilikos, two solar panels are sufficient for the needs of Melissa Ahearn and her companion.

"Four light bulbs, a phone charger and the battery of the computer, that's all we need!", Assures the one who has worked on the stock markets for a long time.