Summer work in transport in Île-de-France, beware of closures 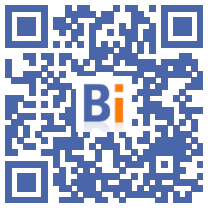 Like every summer, works will disrupt public transport in the Paris region until the end of August, with closures announced on 5 RER lines, 6 train lines, 7 metro lines and 2 tram lines.

A notable closure will concern line A of the RER to the west, between Auber and La Défense, from August 13 to 19 inclusive, Ile-de-France Mobilités (IDFM), SNCF and RATP detailed on Tuesday. This same line will also be closed on certain weekends in the summer between Nanterre, Cergy and Poissy.

On the RER B, access to Roissy airport will be complicated on the weekends of July 2-3 and August 13-15 with the closure of the line north of Paris.

To the south, various sections of line B will be closed on varying dates, with in particular a cut from Baconnets to Massy-Palaiseau from July 16 to August 18.

Other affected RER line, the C, closed from July 15 to August 20 between Musée d'Orsay on one side, Pontoise, Versailles-Rive Gauche and Saint-Quentin-en-Yvelines on the other, as well as between Pont from Rungis and Massy-Palaiseau.

The RER D and E will also be disrupted, with in particular a closure between Gare de l'Est and Haussmann-Saint-Lazare from July 18 to August 22 for the E.

The summer works will also affect the suburban trains H, K, J, L, N and P. The J and N will be closed in particular from July 2 to August 28 from Mantes-la-Jolie to Epône and Plaisir, and the H from Pontoise to Creil from August 6 to 21.

On the metro side, the main works will concern line 10, closed between Duroc and Boulogne from June 27 to July 3, and line 14, closed between Châtelet and Olympiades from July 31 at noon to August 20 inclusive. Other work will affect lines 2, 3, 4, 11 and 13 to varying degrees.

The T1 tram line will be closed between Asnières and Hôpital Delafontaine from June 20 to August 31, and in addition to La Courneuve from July 13 to August 24. The T8 will be interrupted in Saint-Denis from June 22 to July 6 and from July 28 to 30.