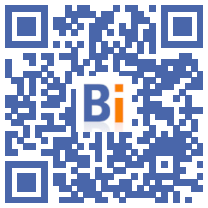 Work will disrupt public transport in the Paris region until the end of August, with closures on 5 RER lines, 7 train lines, 4 metro lines and 3 tram lines, detailed Ile-de-France Mobilités (IDFM), SNCF and RATP.

The most important closure will concern line A of the RER to the west, between Auber and Nanterre-Université, Cergy and Poissy, in the evening and on weekends from June 26 to August 29, then completely between Auber and La Défense as well as on the Poissy branch from August 9 to 13 and from August 16 to 20.

On the RER B, access to Roissy airport will be complicated on the weekends of June 26-27 and August 14-15 with the closure of the section between Gare du Nord and Aulnay-sous-Bois.

To the south, various sections of line B will be closed on varying dates, in particular Luxembourg station in July and the southern end to Saint-Rémy-lès-Chevreuse from July 10 to August 20.

Other affected RER line, the C, closed from July 15 to August 21 between Musée d'Orsay on one side, Pontoise, Versailles-Rive Gauche and Saint-Quentin-en-Yvelines on the other.

The RER D and E will also be disrupted, with in particular a closure between Gare de l'Est and Haussmann-Saint-Lazare from July 19 to August 29 for the latter.

The T2 tram line will be closed between Charlebourg and Puteaux from July 10 to August 8, and the T3b partially from July 3 to 9 and completely from August 10 to 19.

Ile-de-France Mobilités predicts "a drop of 10 to 20%, up to 30%," in attendance compared to a normal summer, knowing that travelers are already 30% less numerous in the summer than during the rest of the year.