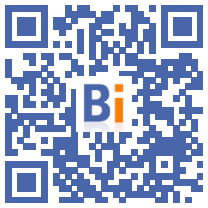 According to a joint study published by the European Patent Office (EPO) and the International Energy Agency (IEA), the average annual growth rate of low-carbon energy (LCE) patents at l The global scale was 3,3% between 2017 and 2019.

The report, titled Patents and energy transition, Clean energy technologies: global trends in innovation, indicates that, with the exception of a decline observed between 2014 and 2016, the number of international patents in low-carbon technologies has been increasing for the past twenty years. This contrasts with the decline observed in the field of fossil fuels since 2015. However, the average annual growth rate of innovations linked to low-carbon energies has been about four times lower since 2017 than over the period 2000-2013, when it amounted to 12,5%.

This means that an intensification of innovation, supported by joint political action, in all areas of low carbon energy (from energy production to transmission, including storage and end uses) ) is necessary to accelerate the availability and diversity of technologies, and thus lower their costs.

Some of these technologies are already used at industrial level, while others are only at the beginning of their development and deployment. According to the IEA, current climate goals can only be achieved through a major acceleration in clean energy innovation, as many of the technologies needed in the decades to come to reduce CO2 emissions are nowhere to be found. hui only at the prototype or demonstration stage. 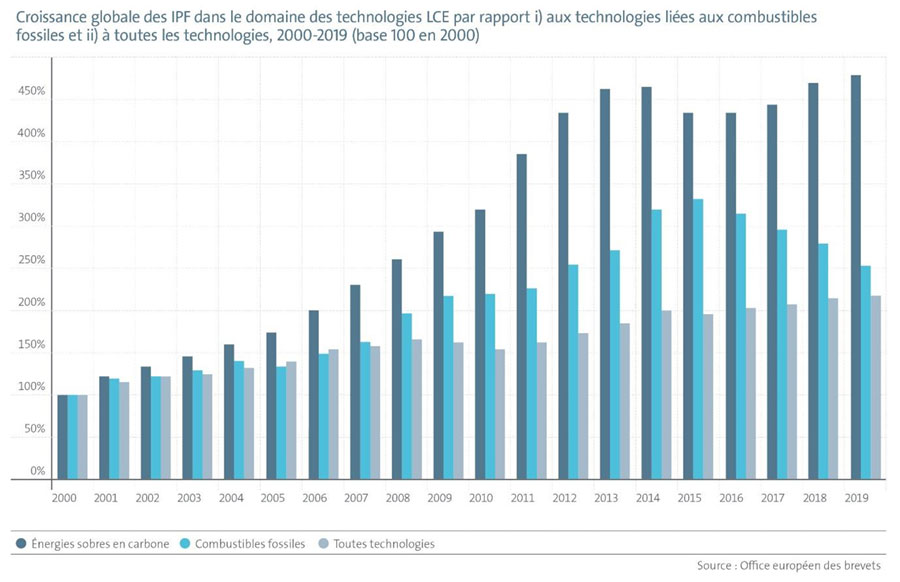 "The energy transition necessary to face climate change represents a challenge of considerable scope and complexity", said António Campinos, the President of the EPO. “This report calls for action to intensify research and innovation efforts in favor of clean energy technologies and to improve existing technologies. On the one hand, this report reveals encouraging trends in several countries and industrial sectors, including in the crucial one of cross-cutting technologies. But on the other hand, it stresses the need to further accelerate innovation in low-carbon energies, some of which are just emerging ”.

"Almost half of the emission reductions, making it possible to reach a zero level by 2050, should come from technologies that are not yet on the market"said Fatih Birol, executive director of the IEA. “It takes a giant leap in innovation, but so far information on progress has been rather limited. By combining the complementary strengths of the IEA and the EPO, this report provides a more solid basis for identifying and monitoring the evolving strengths and weaknesses of patenting low carbon technologies. This gives us a better vision of the state of progress of the energy transition ”.

The report presents the main innovation trends in low-carbon technologies between 2000 and 2019, measured in terms of international patent families (FBI). Each of these families represents a valuable invention for which patent applications have been filed in at least two patent offices around the world. As patent applications are filed months or even years before the product is marketed, they are often seen as a first indicator of future technological trends.

Since 2000, companies around the world have deposited more than 420.000 FBI in the area of ​​low carbon technologies. These cover inventions of three categories: low-carbon energy production technologies (including renewable energies, such as solar, wind, geothermal or hydroelectric power); technologies promoting more efficient use of energy or a shift to more sustainable energies (eg low-carbon electricity) in end uses such as transport, infrastructure or industrial production; and enabling technologies, transversal to supply and end use and which strengthen infrastructures to obtain a better level of clean energy (including batteries, hydrogen, smart grids as well as capture, use and carbon storage).

The study concludes that patenting relating to energy supply technologies, including renewable energies, has been declining since 2012. This phenomenon reflects the very recent commercial maturity of these technologies, including solar energy, which has not This was followed by a new wave of improvement in other renewable energies, such as biofuels or marine energy. In 2019, energy supply technologies only represented 17% of all LCE inventions.

Technologies relating to end-use sectors have remained rather stable in recent years, and represent the majority (60%) of all inventions in low-carbon technologies over the last five years; which reflects the major challenge represented by the slowdown in energy demand in the economy. The main end-use sectors that filed low-carbon energy patents globally between 2000 and 2019 are transportation (with a total of 116.000 FBI over this period), followed by energy efficiency technologies for production. industrial (86.000 FBI). Certain fields, which are difficult to decarbonize, such as metallurgy (eg steel production) have shown themselves to be particularly dynamic in recent years.

The report explains that it is cross-sector enabling technologies (batteries, hydrogen, smart grids, carbon capture) that have experienced the strongest overall growth since 2017. Their share has increased from 27% (across all of the 'clean energy) in 2000 to 34% in 2019. These cross-cutting technologies play an increasingly important role in energy transitions, by linking various clean energy solutions, thus making the energy sector more flexible.

One of the main drivers of innovation has been the rise of technologies relating to electric vehicles, driven by the considerable progress made in rechargeable lithium-ion batteries (see the joint EPO-IEA study on innovation in the field of batteries and electricity storage). This trend is also reflected in the ranking of the largest clean energy technology companies since 2000, which includes six automotive groups and six of their major battery suppliers.

For end-use technologies too, the number of FBI in electric vehicles since 2011 distances other technologies related to clean energies for road vehicles (including those intended to improve the efficiency of combustion engines, or of aerodynamics, to reduce weight or to obtain more energy-efficient components and sub-systems). 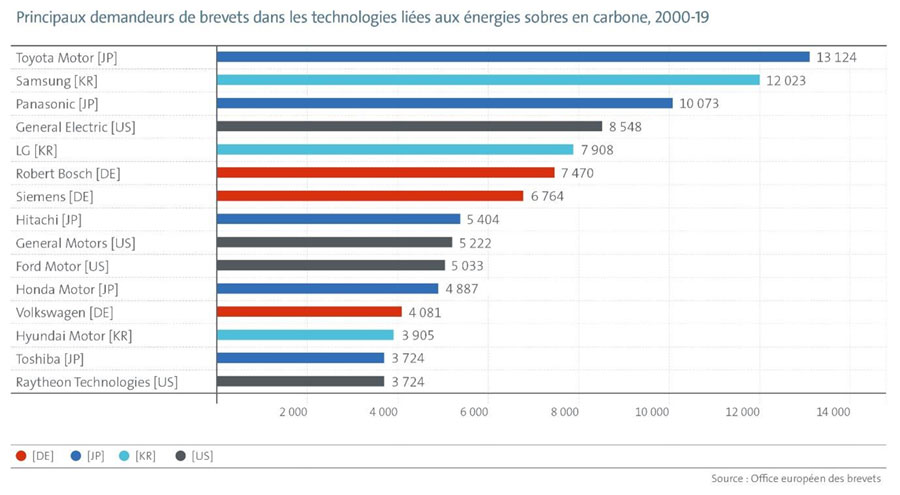 Europe, Japan and the United States in the lead, with different specializations

By looking at the main innovation trends by region, the study shows that, since 2000, European companies and research institutes have been at the top of the ranking of patents in LCE inventions, with a share of 28% (including 12% for Germany) on all FBIs for this type of technology, between 2010 and 2019. Europe is followed by Japan (25%), the United States (20%), South Korea (10 %) and China (8%).

While Europe ranks first in most areas relating to renewable energy and is particularly present in certain end-use sectors, such as rail transport or aviation, Japan stands out for its vehicle technologies. electric, batteries and hydrogen. The United States is at the forefront of aviation, biofuels, and carbon capture, sequestration and use. South Korea's strengths lie in batteries, photovoltaic technology, energy efficiency for industrial production and the ICT sector; China is also an ICT specialist.

The report also confirms that countries (especially the United States and European countries) are establishing cross-border collaboration to develop their clean energy technologies, highlighting the potential for international cooperation and knowledge sharing to be able to step up R&D efforts. Overall, the FBI's share of low-carbon energies generated by research institutes (universities and public research organizations) increased from 6,6% between 2000 and 2009 to 8,5% between 2010 and 2019. Research institutes are particularly active in low carbon technologies (alternative fuels, nuclear energy and some renewable energies), as well as in transversal technologies such as CO2 capture and hydrogen.