Heavily criticized on the maintenance of Paris, Hidalgo promises to initiate decentralization "before the summer" for more efficiency 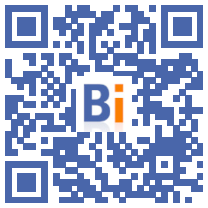 Paris PS mayor Anne Hidalgo promised Thursday on RTL to initiate "before the summer" the decentralization of certain skills, including cleanliness, from the central town hall to the district town halls.

"I don't think that we can take care, for example, of daily cleanliness problems in the neighborhoods from a central level which is the City Hall of Paris. So it's a skill that I want to distract from, that is to say that the mayors of the arrondissements have the means to organize the cleanliness rounds in their arrondissements, "said Ms. Hidalgo, reelected in 2020 and potential candidate for the left in the 2022 presidential election.

"Decentralization is a way to move towards more efficiency: the more we are in the proximity to manage issues of proximity, the better, I believe, we are doing," said the mayor of Paris, who said. maintained its campaign commitment to double during his second mandate from 500 million to 1 billion euros the budget dedicated to the maintenance and renovation of the streets of the capital.

"Giving the arrondissements cleanliness without giving the means which are devoted, that makes no sense", reacted the LR mayor of the 7th arrondissement Rachida Dati during a press conference preparatory to the next Paris Council.

"Putting a billion euros on cleanliness without reorganization, without vision, without modernization, it is still money thrown down the drain," she continued.

Since the end of March, the Parisian executive has been facing what it qualifies as a "smear campaign" on the themes of cleanliness, but also maintenance and choices of street furniture, under the hashtag #saccageParis which circulating on Twitter.

On RTL, Anne Hidalgo accused Pierre Liscia, various right-wing candidate for the last municipal elections in the XNUMXth arrondissement, of being "behind many" Twitter accounts at the origin of this "very orchestrated campaign".

"Over the 5 days when this campaign took shape, there were 5.200 single author tweets. A thousand tweets a day is nothing," researcher Carlos Moreno, close to Ms. Hidalgo, told AFP on Wednesday.

For this urban planner, special advisor for a "smart city" at the Paris town hall, behind #saccageParis "there is a real issue around waste, cleanliness, aesthetics and new urbanities which intersect with a phenomenon, astroturfing, which is a political, militant manipulation ".