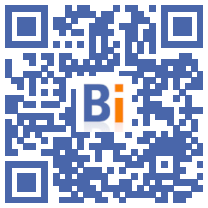 Sunday March 28, on the eve of the examination of the “Climate and Resilience” bill in plenary session at the National Assembly, more than 180 demonstrations took place across France to denounce the lack of ambition of the text.

Because it is this Monday, March 29 that the debates begin in the National Assembly: the deputies will be called upon to vote a “Climate and Resilience” law which is sorely lacking in ambition according to these organizations. A large number of amendments were declared inadmissible, such as those concerning the eco-responsibility of companies, support for employees in retraining or the strengthening of rail transport. The government has left very few chances for the proposals of the majority or the opposition, when it has not degraded the ambition of the text, as in terms of energy renovation of buildings. We are very far from the measures of the Citizen's Convention for the Climate that the bill was supposed to include.

“That a President of the Republic betrays his word to the citizens is very serious for our democracy, but it is even more serious that the government knowingly decides not to do what is necessary. We do not negotiate with the climate, it is a race against time that we must win. ”recalls Cyril Dion, guarantor of the Citizen's Convention for the Climate and present at the head of the procession.

In Paris, 55.000 people according to the organizers, 12.000 according to the Police, gathered behind the banner “For a real Climate Law, Stop blah blah” denouncing the gap between the fine speeches of Emmanuel Macron and his government on the issues climate change and a climate law that does not at all live up to these ambitions. In the festive procession, was unfolded a giant 2,5 / 10 on a schoolboy copy, in reference to the rating attributed by the Citizen's Climate Convention to government action in response to their proposals, and signs representing the President of the Republic decked out in a donkey's cap.

“With this“ Climate and Resilience ”bill, Emmanuel Macron lies to us once again: whoever claims to be the champion of the Earth is in reality a real climate dunce. After the strong mobilization of this Sunday, we will make sure that the deputies have well in mind the stake of an ambitious law during all the debates on the law and we are meeting on Sunday May 9 to take stock! " announces Elodie Nace, spokesperson for the Alternatiba movement, organizer of the March in Paris.

From Monday and the launch of the debates in plenary session, the mobilizations continue to maintain the pressure on the deputies. “It is this handover between the 150 members of the Convention and the thousands of people who want to defend their work that marks the return of the Climate Marches.”Underlines Anne-Sophie Lahaye, coordinator of Now Ou Jamais, a network of online activists mobilized on the bill.

The organizations have already made an appointment: if the law is passed as it is, they will be back in the streets on Sunday May 9 to judge Emmanuel Macron's environmental record.