Recovery plan: 88 million euros for the "digital transformation" of communities 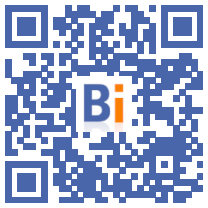 The recovery plan, which provides for 100 billion euros over two years to restore the French economy after the coronavirus crisis, grants 88 million euros to the "digital transformation" of communities, the government said.

"Our ambition is simple: to support digital projects that have a concrete impact on the lives of citizens," said Minister of Transformation and Public Service, Amélie de Montchalin, quoted in a press release.

The sum of 88 million euros, which appears in the envelope of 500 million granted by the recovery plan to this ministry, "was not yet fixed", indicated the entourage of the minister, who had it. disclosed during a press conference in Baule, in Loiret, with her colleague, the Minister of Territorial Cohesion, Jacqueline Gourault.

It is a question of "facilitating the local administrative procedures (of the citizens), to make them participate in the life of the territories, and facilitate the exercise of the missions of the agents of the territorial collectivities and the elected officials on a daily basis", added Mrs. .