Still no recovery for new housing in France 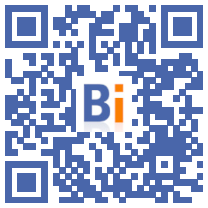 The new housing market, whose sales have been falling for several years, is still not succeeding in overcoming the effects of the health crisis, particularly due to the drop in building permits granted, the Federation of real estate developers reported on Thursday.

There is still no "catch-up mechanism", explained Pascal Boulanger, president of the Federation of real estate developers (FPI) at a press conference, even though the indicators are green: "the income of households are progressing "and" the conditions of access to credit remain favorable ", in particular with the extension of the zero-interest loan.

Between July and September, developers, one of the two major branches of new housing with home builders, sold 28.247 homes, 3% less than a year earlier. But compared to the pre-crisis level, the decrease amounts to 23,2%.

The year 2019 had not been exceptional for new housing either: with the 2020 municipal elections coming up, the number of building permit authorizations had fallen, a cyclical phenomenon usual for the sector.

New housing therefore remains at half mast and these figures "cannot mask the now manifest shortage of housing adapted to the needs of households", warned the FPI.

Concretely, "on an annual basis, the mayors now authorize 50.000 collective housing units less than in 2017. If the recovery escapes us, it is therefore the result of an implicit and sustained collective choice, that of the scarcity of new in attractive cities ", develops the federation.

"The real subject is the acceptability of the act of building", estimates its president, who notes a reluctance of the mayors resulting from the blocking of the populations to accept new constructions in their surroundings.

"We expect the state to strongly encourage mayors to use pens to sign building permits," said Boulanger, welcoming, however, the strengthening of aid to building mayors.