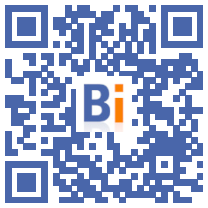 The Stellantis plant in Sochaux (Doubs) is in the process of equipping itself with one of the most powerful solar shaded plants in France, which is scheduled to come into service in 2022, announced the car manufacturer and Engie Green.

The project provides for the installation of nearly 64.000 photovoltaic modules in the parking lot of the Sochalian plant shipments, which can accommodate up to 10.000 vehicles, on an area of ​​22 hectares particularly sunny, said the same sources.

The plant will develop a power of 29 megawatts-peak (MWp), the equivalent of the annual electricity consumption of 13.300 inhabitants, or 30% of the Stellantis plant in Sochaux, it adds.

The photovoltaic panels are installed by the energy company Engie Green, which will support the investment of 36 million euros and will operate for 30 years. The electricity produced will then be delivered to the Enedis network at 20.000 volts.

The work began in September 2020 and the full commissioning of the plant is scheduled for October 2022. This is one of the largest solar shaded photovoltaic plant projects underway in France, which will prevent the emitting 1.000 tonnes of CO2.

It is a project "emblematic" by the size of the surface available for the installation of the shades which will house the vehicles, estimated during a press conference on the site Christine Lafaix, director at Engie Green, French leader on wind and photovoltaic activity.

The initiative is part of the "Sochaux 2022" modernization project of the historic and century-old PSA plant, which became Stellantis after the French group's merger with Fiat Chrysler Automobiles.

For Stellantis, this installation makes it possible to "enhance our land", notes Didier Edelblutte, project leader within the group.

The manufacturer wants to achieve "a carbon neutral site" and "we are completely committed to this approach" of sustainable development, underlines Frédéric Maliczak, director of technical services at the Stellantis plant in Sochaux.

According to Luc Vignal, building and shade house manager at Engie Green, this installation will also generate 130.000 euros in income per year for local communities thanks to the taxation generated by the operation of the project.