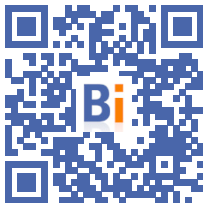 Setback for the government: the Council of State on Tuesday suspended the controversial reform of unemployment insurance which was to enter into force on July 1, the unions hailing a "victory" where the Minister of Labor points to a simple question of "temporality ".

Seized by the unions, opposed from the start to this reform which they deem penalizing for job seekers, the summary judge of the highest administrative court suspended the rules for calculating the amount of unemployment benefit that were to enter effective in ten days.

"The uncertainties over the economic situation do not allow the implementation of" new rules on July 1, "which are supposed to promote job stability by making unemployment compensation less favorable for employees who have alternated short contracts and inactivity . On the other hand, the judge does not call into question the principle of the reform itself ", indicates the Council of State in a press release.

"After this order issued urgently, the appeals + to the substance + of the unions against the decree reforming unemployment insurance will be judged by the Council of State within a few months", specifies the administrative jurisdiction.

For the Minister of Labor Elisabeth Borne, "the Council of State asks us to wait a little longer" and "censures only the date of entry into force" of the reform.

"It is therefore the temporality which is ultimately censored", the Council "considering that it is necessary to have more visibility on the economic situation", she told AFP.

"We are going to look precisely at how we integrate the observations of the Council of State. We take into account all the elements that we may have on the economic situation and the job market. From there, we will act to allow the fastest (possible) application of the reform, ”she continued.

Interviewed on RTL Tuesday evening, Ms. Borne said that her ministry would take a decree in the coming days so that the current rules could continue to apply "beyond July 1".

Decided in July 2019 in a then dynamic labor market, the reform had already been suspended several times by the government in light of the Covid-19 crisis and was amended in view of the context.

All the major power stations - except the CFTC for legal reasons - had lodged in May appeals against the decree of March 30 which reformed the compensation rules for job seekers.

Before the Council of State, on June 10, the unions had pleaded "serious and immediate effects" to obtain the suspension, during a hearing of more than three hours where the government had often found itself on the defensive against a "dubious" summary judge.

As soon as the suspension was announced, the secretary general of the CFDT Laurent Berger hailed "a victory for job seekers", which "sounds like a disavowal for a poorly calibrated reform".

"It is a snub for the government and for Emmanuel Macron who have never ceased to destroy the rights of the unemployed," said the CGT in a press release, while for FO, Michel Beaugas saw "a new setback. for the government ". Solidaires pointed out "a defeat for this anti-social government".

Same tone in the ranks of the left where the PS and elected LFI also spoke of "a victory", while Fabien Roussel (PCF) called for the reform "definitely in the trash".

The unions mainly denounce its flagship measure: the new method of calculating the daily reference wage (SJR), basis of the allowance, which will penalize job seekers alternating unemployment and activity, "the permittents".

According to an assessment by Unédic carried out in the spring, up to 1,15 million people opening rights in the year following July 1 would have received a lower monthly allowance (by 17% on average), with at the same time a Extended "theoretical duration of compensation" (14 months on average against 11 before the reform).