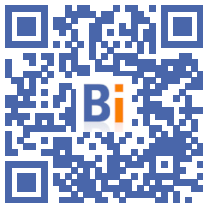 Standard and Poor's on Friday maintained France's long-term debt rating at "AA" as well as the "stable" outlook attached to it, confident in its ability to resume growth and restore balance to its finances public.

The rating agency had kept the country's sovereign rating unchanged during its previous review in October.

S&P, which forecasts a rebound of 5,6% of GDP, admits that "the broad measures to support the economy have resulted in a large budget deficit and a sharp increase in public debt."

The crisis caused the debt to soar to 115,7% of GDP in 2020, while the public deficit reached 9,2% of GDP, the state having spent lavishly to support the economy in the face of health restrictions.

But "we believe that the diversified economy of France, its solid institutions and the counter-cyclical economic policy opportunely followed, associated with the monetary support of the European Central Bank (ECB), reinforce the prospects for recovery and a gradual return to the economy. 'balance of public finances'.

The stable outlook "reflects our opinion that France will contain the negative effects of the pandemic on its economy and its budgetary situation," adds the agency.

S&P warns, however, that the rating could be revised down "if the budget deficit does not resolve as we expect", or because of "insufficient effort to restore the fiscal path once the effect of the pandemic will have abated ", that is, if the economic recovery was slow to materialize.

In May 2020, the competing agency Fitch had lowered the prospect of France, while keeping its AA rating.