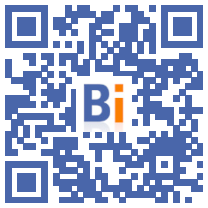 The French manufacturer of roller shutter and home automation motors Somfy saw its sales jump by nearly 30% in the first quarter of 1, driven by a "home-refuge" effect from consumers who invested in their interior during confinement.

From January to March, Somfy's sales increased to 375,7 million euros against 291,3 million euros last year, an increase of 29%, also linked to the integration into the scope of the Repar'stores company, indicates a statement released Tuesday.

"All the geographic areas of the world closed the quarter with an increase of more than 10%, like-for-like, and most have crossed, or even largely exceeded, the 20% threshold," the statement said.

"Somfy is clearly benefiting from the tendency to invest in the house during periods of confinement," said a spokesperson.

To keep up with this very strong growth, against a backdrop of tensions over supplies of electronic components, the group, which has 7 factories in China, Tunisia, Poland, Italy, and France (two sites in Haute-Savoie) has also announced a modification of its governance, which will be proposed at the general meeting of June 2, and will be applicable the same day if it is voted.

It plans to separate the functions of Chairman of the Board of Directors and Chief Executive Officer.

Michel Rollier, who chaired the supervisory board, will become non-executive vice-president of the board of directors.

The new organization will make it possible to separate the functions of setting up "the group's strategy" and those of "monitoring the capacity to deliver and follow this very strong growth," said the spokesperson.

The Somfy group, a family company founded in 1969 in the Arve valley, was bought in 1984 by the Despature family, which also owns the textile company Damart. Somfy employed around 6.000 people at the end of 2020.