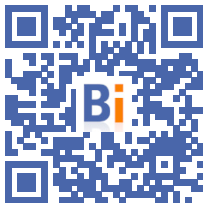 About 700 solar parks resulting from contracts signed before 2011 should be affected by a reduction in electricity purchase prices, which will allow the State to save at least 400 million euros per year, the government estimated on Wednesday. .

This measure was voted in December by Parliament. The sector, very recovered, received the draft application text on Wednesday and has two weeks to respond to it, before publication and entry into force in October: it has already expressed its "amazement and incomprehension" on Wednesday, referring to "the unjustified scale of the tariff reduction".

The deputies had approved this measure, unlike the senators, with regard to a remuneration of these contracts considered "excessive" because of the fall in costs. It targets installations with a power greater than 250 kilowatts, and whose holders signed a contract with the State between 2006 and 2010 to provide them with a fixed purchase price for twenty years.

Some 1.000 parks are concerned, but not all should experience a reduction in prices, we say to the Ministry of Ecological Transition and Bercy.

The application text defines the notion of "reasonable" remuneration: that allowing each installation to achieve an internal rate of return (between 10 and 15% before tax), based on its investment costs at the time. , operating expenses, energy production, etc.

Each actor will be able to trigger a "safeguard clause", allowing examination on a case-by-case basis: the measure "must not jeopardize any business", we are assured in the ministries.

Of the 1.000 installations falling within the scope of the reform, "more than 700 will be affected by the modification of the feed-in tariff", it is specified. As for the average level of reduction, it will be about a reduction of half.

But the sector is alarmed by "an erroneous methodology", with "a revision scale (which) is based on theoretical data far removed from economic reality (...) by underestimating the investment costs and operating".

"The safeguard clause does not provide any security, it opens a period of uncertainty of more than a year, corresponding to the period of instruction by the energy regulator and the outcome of which will be uncertain", judge Enerplan , the Renewable Energies Union (SER) and Renewable Solidarity.

For them, the project, "if it were applied as is, would endanger the producers concerned and would have major impacts on the strength of many SMEs, employment and the achievement of the country's climate objectives. ".

The government expects some 4 or even 5 or 6 billion euros in savings from this measure over 10 years (the time remaining to be covered until these contracts expire).

The State has planned over the next 20 years some 120 billion euros in support for renewable energies, solar but also wind or biomethane, for all the contracts signed at the end of 2020.