Solar energy is slowly catching up in France 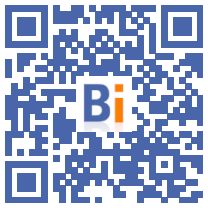 Solar energy, still underdeveloped in France compared to other European countries, is "in the acceleration phase" with significant new capacities installed in the first half of the year, according to figures from the Syndicate of Renewable Energies (SER) published Wednesday.

"During the first six months of the year alone, 1.367 megawatts (MW) additional were connected against 431 MW over the same period of 2020", details the trade union in a press release.

France thus has 12,6 gigawatts (GW) connected at the end of July 2021 for its photovoltaic park.

Production is also up 9% year-on-year in the first half. "Solar represents 3,1% of electricity demand in France, up 3% compared to the previous year," said the SER.

However, French electricity production is still largely dominated by nuclear (67,1% in 2020 according to RTE), followed by hydraulics (13%), which remains the leading renewable energy in the country. But wind power and solar power benefit from greater momentum.

At the European Union level, solar also reached a new level in production during the summer, according to a recent estimate by the Ember think tank.

For the first time, solar panels generated 10% of the electricity of the 27 member countries of the Union during the months of June and July, according to data from Ember.

Solar thus represented a production of 39 terawatt-hour (TWh) over these two sunny months, an increase of 5,1 TWh compared to June-July 2020.

Eight European countries have thus broken new records for the share of solar in their electricity production over this period, including Germany (17% of electricity) and Spain (16%). In comparison with these countries, however, France remains at the back of the pack with around 4%.