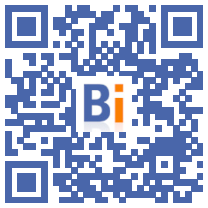 The war in Ukraine has accelerated the surge in energy prices, leading to unprecedented inflation coupled with flat growth in France and in Europe. The combination of these two phenomena raises the specter of stagflation.

When growth stagnates and adds to inflation over a long period, it is called “stagflation”.

This usually occurs after a shock that affects the economy and has repercussions on the entire production chain, prices and employment.

In the 1970s, the oil shocks, caused by the fall in supply and the increase in the price of oil, caused a period of stagflation, to which central banks immediately responded with a policy restrictive monetary policy by raising interest rates to limit inflation, putting the burden on households.

Are we currently in a period of stagflation?

Inflation was initially fueled by the lifting of health restrictions, with a strong rebound in consumption and supply problems for businesses.

The war in Ukraine subsequently led to a new shock to prices, both for fuel and for the prices of raw materials, particularly food.

Added to this are households who are cautious in the face of this uncertainty and who fear for their purchasing power, and prefer to save.

In France, the latest economic indicators published Friday by INSEE raise fears of the beginning of stagflation.

French growth is at a standstill in the first quarter, combined with inflation of 4,8% over one year, a record in France since 1985.

The Minister of the Economy, Bruno Le Maire, also declared at the beginning of March that the current energy crisis, marked by a surge in prices, was "comparable in intensity, in brutality, to the oil shock of 1973".

But we must wait for this situation to persist "over at least several quarters", to be able to speak of stagflation, assures Pierre Jaillet, researcher at the European Institute Jacques-Delors. He also stresses that all the conditions are not met since investment remains strong and that the government has contributed to the effort to support demand with, for example, the granting of energy vouchers.

What are the possible answers?

At European level, each country can intervene with its own budgetary policy, as was the case at the height of the health crisis.

"One of the questions that now arises is to what extent the future government will weigh on the loss of purchasing power", after the enormous means deployed by the public authorities to help households and businesses since the pandemic, he explains.

The French situation echoes the growth of the euro zone, which slowed to 0,2% this first quarter compared to the previous quarter, while inflation remains at 7,5% over one year, Eurostat announced on Friday. .

This situation complicates the task of the European Central Bank (ECB). The risk is to paralyze the economic recovery after the Covid-19 pandemic if it suddenly raises its key rates.

A monetary tightening increases the cost of borrowing for companies and households, which can ultimately weigh on consumption and investment.

For the time being, inflation is well above the ECB's level of interest rates, and consequently above that of the borrowing rates offered by the banks. "From a historical point of view, it's completely unprecedented," notes Pierre Jaillet.

But the president of the ECB, Christine Lagarde, on Wednesday opened the possibility of a first increase in key rates this summer, if inflation persists at a high level.

In the same vein, the ECB already stopped in March the emergency program intended to support the economy during the crisis caused by Covid-19 and declared to stop net purchases of assets from the summer.