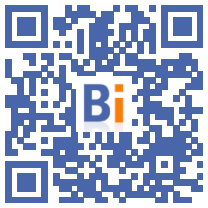 The rise in real estate prices in France put a brake on transactions in the third quarter, the Century 21 agency network said in a statement on Monday, leading it to reconsider its projections.

"Never have real estate prices been so high in France," said the network, pleading for the construction of new homes in order to limit the pressure on prices.

In the third quarter, the price per square meter increased an average of 11% for houses and 7,3% for apartments over a year, according to figures from Century 21.

According to the network of agencies, the increase in prices is the result of an increase in demand, while the confinement has changed the relationship of the French to their housing and pushed some to move to larger, without the offer does not follow.

"Prices have risen too quickly, decorrelated from inflation or the average increase in wages. And even if interest rates, historically low, favor acquisitions, they cannot neutralize this increase", details the press release. .

The effect of the increase was felt on the volume of transactions: -19% on house sales and -11% on apartments compared to the third quarter of 2020, while the president of the network, Laurent Vimont, said in September predict a rebound after confinements.

However, "do not panic on board", he said Monday morning on BFM Business. "It is normal for prices to rise and then stabilize and fall when demand no longer follows, for transactions to pick up," he argued.

"It would be rather healthy for [sellers] to correct their prices a little bit," he added, so the increases exclude the most modest households from the market.