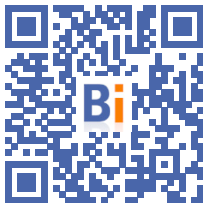 Billionaire Elon Musk proposed to the mayor of Miami, in a tweet, to build a tunnel under this city in Florida in order to remedy the traffic jams, arousing skepticism and even mockery in view of the marshy and flood-prone terrain where it is located.

One of the whimsical boss's companies, the Boring Company, is working on tunnels supposed to revolutionize urban transport.

Such a project is under development in Las Vegas, which Elon Musk had assured would be operational in 2020.

"Cars and trucks stuck in traffic generate tons of poisonous gases and particles, but the Boring Company's tunnels under Miami could solve the traffic problems and be an example to the world," he tweeted on Monday. , adding that he had discussed it with Florida Governor Ron DeSantis the week before.

He was responding to a tweet from Miami Mayor Francis Suarez, who invited him, also with a tweet, to discuss "potential solutions for the future."

"If the governor and the mayor want it done, we will," added Musk, who is also the boss of Tesla and SpaceX, in his post.

"Let's talk about it," said Miami-Dade County Mayor Daniella Levine-Cava, while the mayor of neighboring Fort Lauderdale said he "would very much" like to be part of the discussion.

But many have voiced their skepticism about the idea of ​​digging in ground easily flooded by rising water levels in this town on the Atlantic coast.

"It doesn't sound very smart and it will certainly be expensive," Kurtis Gurley, professor of civil engineering at the University of Florida, commented to the local CBS broadcaster.

"Aquaman should take charge of the project," joked an NPR radio reporter on Twitter, referring to the American blockbuster featuring the king of the underwater city of Atlantis.