Six candidates pre-selected for a future wind farm in Normandy 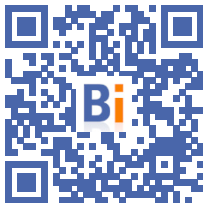 The French government announced on Monday that it had pre-selected six candidates for the future wind farm planned off the coast of Cotentin, with which a phase of "competitive dialogue" is now opening which will lead to the choice of a winner next year. .

"In view of their technical and financial capacities, the government has pre-selected six candidates, who are admitted to participate in the competitive dialogue," said the Ministry of Ecological Transition in a statement.

They are the company Eoliennes en Mer Manche Normandie (EDF with the Canadians Enbridge and CPPIB), the Spanish Iberdrola, the joint venture Ocean Winds (Engie with the Portuguese EDPR), the Anglo-Dutch group Shell, the consortium Franco-German Total-RWE and finally the consortium formed by the Swedish Vattenfall, the German Wpd and the Banque des Territoires.

The competitive dialogue, which begins Monday, now aims "to reduce the costs of projects and secure their implementation, by giving candidates the opportunity to improve their offers during the procedure".

The designation of the winner is scheduled for 2022 with a view to commissioning the park "envisaged" in 2028, the ministry said.

This park with a capacity of around 1.000 megawatts (MW) or 1 gigawatt (GW) will be the eighth in France and the fourth in Normandy.

It was the subject of a public debate completed last year, which in particular highlighted the fears of fishermen.

"The wind conditions and the seabed off Normandy are very favorable to offshore wind power, which allows wind turbines to be installed that produce a lot of energy, under competitive economic conditions," said Monday Barbara Pompili, Minister for the Ecological Transition.

But the country is far behind and no marine park is yet in operation. The first to start should be the one off Saint-Nazaire in 2022.