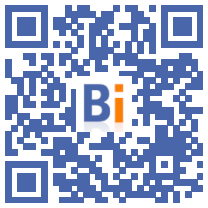 The German-Spanish manufacturer of wind turbines Siemens Gamesa announced a few days ago a record loss of nearly one billion euros in its 2021-2022 financial year, the last before its withdrawal from the Stock Exchange, while the group wishes cut 2.900 jobs worldwide.

The energy group, a 67% subsidiary of the German Siemens Energy and which the latter wishes to withdraw from the stock market by buying the 33% that it does not yet hold, lost 940 million euros in its staggered financial year, ending on September 30.

This result, recorded despite major asset sales in southern Europe and a portfolio of projects valued at 35 billion euros, reflects a marked deterioration compared to the previous financial year, which was already marked by heavy losses. (621 million euros).

The past financial year "was undoubtedly a complicated year", due to "high inflation", "breaks in the supply chain" and "geopolitical risks" linked to the war in Ukraine, underlined in a press release the CEO of Siemens Gamesa, Jochen Eickholt.

"These problems affect the entire sector and could jeopardize the energy transition in the absence of a clear commitment from the authorities to make wind power a strategic sector", added Mr. Eickholt, who nevertheless believes that Siemens Gamesa has " laid the foundations" to become "profitable" again.

In the spring, Siemens Energy launched a vast strategic plan called Mistral, which should result in the purchase in the coming weeks of the balance of the capital of Siemens Gamesa that it does not yet hold, in order to simplify the shareholding structure of this society.

This takeover was authorized on Monday by the Spanish stock market authority (CNMV).

This reorganization should come into effect on January 1. It will lead to the loss of 2.900 jobs worldwide, or nearly 11% of the workforce of Siemens Gamesa, with in particular 800 jobs lost in Denmark, 475 in Spain and 300 in Germany.

This restructuring plan was denounced by one of the main Spanish unions, Workers' Commissions (CCOO), which accused Siemens Energy at the end of October of "destroying the productive fabric" of the group.

Siemens Gamesa, resulting from the merger in 2017 of the Spanish Gamesa and the wind energy division of Siemens, has been facing serious difficulties for years linked to soaring commodity prices and increased competition from players. at low prices, especially Chinese.