Shortage and surge of materials: the State hears the warnings of the construction industry and announces new measures 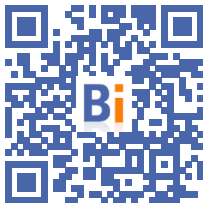 The state will not apply late penalties to construction companies that are late in delivery due to the current shortage of construction materials, Economy Minister Bruno Le Maire announced on Tuesday.

"We have taken a circular addressed to all state actors asking them not to apply late penalties for late delivery on public markets" related to shortages of raw materials, said Mr. Le Mayor after a meeting with all employers' organizations and professional federations in construction and materials.

He hoped that local communities would do the same, regretting the "scissors effect" in which companies in the sector are caught, the engine of economic recovery.

They are faced with both lower material production during the pandemic period and a resumption of construction "faster than expected".

The freezing of late payment penalties, which is due to a "case of force majeure", concerns all construction companies, but especially very small and medium-sized enterprises, launched the Minister, thus responding to the Confederation of SMEs (CEPME) who asked him had requested this measure "at least until the end of 2021".

On the other hand, Mr. Le Maire did not wish to maintain the partial unemployment compensation measures used during the health crisis, while 30% of sites could be threatened if the shortages continued, according to part of the profession.

Monday morning, the president of Medef Geoffroy Roux de Bezieux was also moved by the "work stoppages" of certain building contractors, who are working at a loss because of price increases.

The minister simply announced the establishment of a "crisis committee" responsible for "tracing cases of abnormal behavior" within the construction industry: "the rule must be solidarity" he said. said.

The mediation device intended to ease the tensions created by the supply problems, announced on May 20 by Bercy, should be put in place in a few weeks, according to him.

It will be piloted, as well as the crisis committee, by Pierre Pélouzet, national inter-company mediator responsible for settling disputes between companies before resorting to the legal route, said the minister.

"We have no particular concerns about the surge in inflation, which is consistent with the recovery," added Mr. Le Maire.

On Monday, French employers' organizations once again warned of the consequences for construction companies of soaring steel prices and the shortage of timber, which find themselves unable to pass these increases on to their companies. contracts already signed and meet the deadlines.

For Medef, "this is a systemic risk for companies in the sector, since it affects all of their sites and [occurs] in a context where operating margins in construction are still clearly visible. withdrawal from the pre-crisis situation ".

"These tensions are likely to weigh heavily on the economic recovery", while "the construction industry, spearheading the recovery, hired 64.000 additional employees in the 1st quarter of 2021 compared to the 2019 average", warns this organization in a press release.

CPME fears that "the high prices and the shortage of raw materials have a significant impact on a number of economic activities".

After a meeting Tuesday at the Ministry of the Economy with Medef, CPME, U2P (craftsmen) and federations of the sector (CAPEB, FFB ...), the Minister of the Economy Bruno Le Maire announced that he " issued a circular addressed to all state actors asking them not to apply late penalties in the event of late delivery on public markets "linked to shortages of raw materials.

He hoped that local communities would do the same, regretting the "scissors effect" in which companies in the sector are caught, in particular with a price of steel multiplied by three.

The minister also announced the establishment of a "crisis committee" responsible for "tracing cases of abnormal behavior" within the construction industry: "the rule must be solidarity", he added. he says.

The mediation device intended to ease the tensions created by the supply problems, announced on May 20 by Bercy, should be put in place in a few weeks, according to him.

The FFB has been alert since February 2021

The FFB has been alerting since February 2021 on the brutal shock affecting construction materials. It made proposals to alleviate the urgency: immediate payment of the carry back and tax credit proportional to the “purchase of materials” item to limit the impact of price increases; freezing of late payment penalties and full compensation for partial unemployment in the event of a supply disruption.

The FFB is still waiting for a rapid response to the proposals it has made.

Olivier Salleron, president of the FFB welcomes “the establishment of the crisis committee announced by Bruno Le Maire and hoped for in the coming days. There is now an emergency because more and more craftsmen and entrepreneurs are forced to stop construction sites and put employees on short-time work ”.

Bruno Le Maire, on the other hand, did not wish to maintain the partial unemployment compensation measures used during the health crisis, while 30% of construction sites could be threatened if the shortages continued, according to part of the profession.

However, the situation "is a logical continuation of the Covid", argued at the end of the meeting the president of Capeb (building craftsmen), Jean-Christophe Repon.

According to him, "we must continue to support" companies in difficulty, which otherwise will be forced to "lay off" employees they "took a year and a half to recruit".

"The way out of the health crisis has complicated consequences for us," Georges Devesa, CEO of Nutrisens, a Lyon-based company specializing in feeding the elderly or hospitalized, told AFP.

"Meat and vegetables are increasing by nearly 20%, plastics, cardboard boxes by more than 40%, with very long delays. Our margins are in great danger because of these increases on an unprecedented scale", details this leader who says that he will have no choice but to increase his prices.

Will this surge in prices be sustainable? The inflationary question haunts people's minds, as world prices are pulled by the more vigorous and earlier economic recoveries in China and the United States than in Europe.

"We have a considerable increase in demand at a time when supply capacities are still a little reduced," Philippe Chalmin, an economist specializing in raw materials, told AFP.

According to him, "the peak is behind us" for steel and wood, which would relieve the construction sector, but copper prices could remain high, this metal being "one of the beneficiaries of the energy transition".