Giant of shopping centers, URW remains in full uncertainty in the face of the crisis 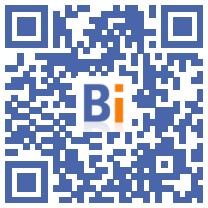 Difficult to project for the giant Unibail-Rodamco-Westfield, owner of the Forum des Halles and many other shopping centers: barely recovered from a sharp conflict at his head and still weighed down by the Covid-19 crisis, he does not want give no forecast.

"It seems difficult to me today, unfortunately, to give a landing zone: (...) today I do not believe I can validly say that we are in a world which will be less uncertain", admitted Wednesday with AFP the boss of URW, Jean-Marie Tritant, on the occasion of the publication of the group's half-year results.

These are bad, unsurprisingly for one of the main global representatives of the world of shopping centers, a sector plagued by the Covid-19 crisis and the multiple confinements or restrictions decreed across the world since early 2020.

In the first half of 2021, URW, which owns nearly a hundred centers in Europe and the United States, further saw its turnover plunge 26,2% to 785 million euros. Its recurring net profit, a benchmark for the real estate sector, fell almost 30% to 472 million.

Because of the closures imposed by the authorities, especially in France where restrictions hit major shopping centers in the spring, tenant brands have often not been able to pay their rents. In the first half of the year, URW only collected three quarters of the amounts due.

"Compared to a semester that we could have thought to be the worst of all", that is to say the first semester of 2020 with very strict confinements as in France, "we are in a worse situation, because we were closed longer and when we were open, we were open with more restrictions, "regretted Mr. Tritant.

The situation, however, is improving: all the group's centers have reopened and, in general, regained attendance close to before the crisis, but URW does not want to give any forecasts for this year.

Not alone in suffering

"Honestly, we do not know to what extent the level of restrictions will not be higher in a few days and in a few weeks," warned the boss of URW, who fears new measures in the face of the emergence of more strains. contagious diseases of the coronavirus responsible for the pandemic, such as the Delta variant.

France, in particular, will implement a health pass, even if it will ultimately be up to the prefects to decide whether or not to impose it for large shopping centers, assuming that this measure is validated by the Constitutional Council in early August.

URW is not alone in suffering. Its main competitor, Klépierre - with a similar profile but no presence in the United States - announced Tuesday a drop of 45% of its net current profit in the first half, to 248,1 million euros.

Mercialys, a French property company specializing in shopping centers, has seen the value of its portfolio fall by 2,2% over six months, to 3,2 billion euros, and its net income fall by 4,5%, compared to at the same period in 2020.

But URW also faces very specific problems. He is emerging from a violent conflict at his head last year, after which Mr. Tritant's predecessor, Christophe Cuvillier, was forced to leave.

The slingers, led by the former boss Léon Bressler and by the businessman Xavier Niel, asked URW to reverse the takeover in 2018 of the American centers of Westfield, a gigantic operation - around twenty billion euros - which has never convinced the markets.

They won. Mr. Bressler took over the chairmanship of the supervisory board, which in the process appointed Mr. Tritant, a pillar of the group which dealt with the American market.

But massive sales are pending in the United States for the time being, apart from a few small centers, although the group promises a "radical" reduction in its presence there, and therefore of its main establishments.

"We do not want to get rid of it for a symbolic euro, it still has a real value, a real quality", explained Mr. Tritant, who is counting on large operations in 2022, once the market has returned to strength. carrier.

In the meantime, the group is already tightening its belt: it has sold many assets in Europe, especially in its small office activity, which has also weighed on its accounts by depriving it of rents.