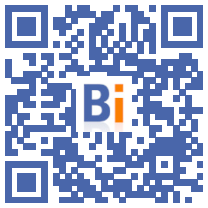 Sheltering operations for some 600 homeless people in the Place des Vosges "have started" towards two gymnasiums and an exhibition hall, Léa Filoche, deputy mayor of Paris in charge of solidarity, told AFP , returning to the State the responsibility of finding a "lasting solution" of housing.

"The homeless will be sent back to two gymnasiums and the Paris Event Center", an exhibition hall in La Villette transformed into an emergency reception structure, explained Ms. Filoche.

"From the end of the morning" a social diagnosis must also be established by the association France Terre Asile with the 350 families including more than 120 children present since Thursday on the very chic Place des Vosges in Paris (XNUMXth arr. ).

"We are once again in an emergency situation", laments the deputy mayor PS of Paris, Anne Hidalgo. "The state must find decent accommodation solutions, that's its job," she explained.

In total, "around 600 people", according to figures communicated by the town hall, including "newcomers, people legally present in the territory, generally a very precarious public", were present Thursday evening. Breakfasts were distributed Friday morning by municipal services.

These homeless people are supported by the "Collectif Réquisitions", which asks the State "for dignified and lasting accommodation solutions".

Thursday at 13:00 p.m., in just a few minutes, 300 tents had been set up on the lawns of the Place des Vosges, divided into three areas "families", "single men" and "minors".

"We chose this place because it is a tourist place. We want to show another side of Paris. Make the invisible visible, also in upscale neighborhoods," Pierre Mathurin, coordinator of Utopia 56 Paris, explained to AFP. , one of the composite associations of the "Collectif Réquisitions".

"In view of the growing number of people who cannot find accommodation solutions, it must be made known" publicly, said Ms. Filoche.