Challenged, office property relies on its integration into the city 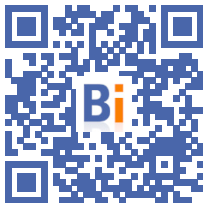 Queuing for the cafeteria, and full tables along the balconies: even before the start of the school year, at the Wojo co-working space in Paris, the crowd has already almost returned to its pre-pandemic level.

In this 9.000 square meter space a stone's throw from Saint-Lazarre train station, companies, mainly start-ups, can rent a subscription for rooms or workstations for fairly short periods, on average 18 months, at prices around 800 euros per workstation per month, on a short-term contract.

"We offer flexibility and simplicity. Companies can commit only for six months if they want, and employees just have to come to plug in their computer and take advantage of the services and activities. It's practical. for growing companies, which do not want a too long and restrictive lease ", describes to AFP Stéphane Bensimon, the leader of Wojo.

Unlike the large towers of buildings in the business districts, which are struggling to return to their pre-crisis occupancy rate, its space quickly rebounded and found a strong crowd. Mr. Bensimon now dreams of setting up spaces even in hotels.

"There is reception 24/24, restaurants, meeting rooms. With the loss of customers on business trips, hoteliers are more open," he said.

Several spaces have already been installed in establishments of the Accor group, which owns Wojo on an equal footing with Bouygues Immobilier.

"The model of the tower of the 1960s in which we gather people in a space without any service other than the canteen is finished," says Philippe Bourguignon, co-founder of Shack, a place of work and integrated living near the Opera. , in Paris.

He hopes to develop his integrated office projects in vacant stores in shopping centers, or by taking advantage of empty spaces sublet by large companies because of teleworking.

In professions where teleworking has developed strongly, "to bring back employees, we need to be better at the office than at home," also said Loic Daniel, managing director at Nexity Immobilier on Tuesday during of a conference at the international real estate fair (Mipim).

Beyond activity and animation, location also plays a big role in the attractiveness of offices.

"Even before the pandemic, there was a strong demand for offices in the city center," observes Staffan Ingvarsson, head of Stockholm Business Region, responsible for the attractiveness of the Swedish capital. "When you move away, it becomes harder. The further the offices are, the more effort must be made to attract people, with services."

But the flexible model is not suitable for all types of jobs.

"With teleworking, companies are tempted to reduce the surface area a lot, by resorting to the flex office, where no employee has an allocated place. The office remains the second expense of companies, behind salaries", recalls Ingrid Nappi, management professor and researcher at ESSEC on the real estate and sustainable development chair.

"However, not all employees want this organization," she said, relying on the third study "my post Covid office", which she directs, and which was presented to Mipim on Tuesday. "Flex is only suitable for certain sectors of activity, in particular with CSP +, but not for office users who spend all day there, such as supervisors or employees who want to have their assigned place."