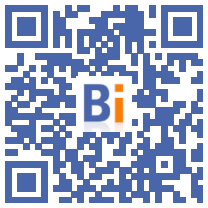 Four Breton collectives for access to housing demonstrated on Saturday September 10 in Douarnenez and Concarneau (Finistère), Vannes (Morbihan) and Lannion (Côtes-d'Armor), to demand the classification of Brittany in "tense zone".

Some demonstrators carried signs "Sea view for the precarious" or "What would I do without a roof?", According to an AFP photographer.

"We want the application of the tense zone device to the cities which claim it (...) in order to unlock several public levers to produce housing at affordable prices", explained to AFP Maxime Sorin, member of the collective "Droit to the town of Douarnenez".

The classification as a "tight zone", granted by decree, allows municipalities in particular to impose additional taxation on vacant housing and second homes, a regulation of short-term tourist rentals and a framework for rents.

"No municipality in Brittany is placed in a tense zone, it crystallizes discontent. Elected officials and citizens are helpless in the face of real estate speculative madness. (...) Local buyers can no longer follow", reacted Gaël Roblin, member of the Costa Rican collective "Tregor Argoat Goelo Zone Tendue".

To explain the phenomenon, this opposition municipal councilor in Guingamp (Côtes-d'Armor) cites the multiplication of second homes, "which accelerated during the Covid", the removals of residents from Rennes, Nantes and the Paris region, "with significant purchasing power", as well as the development of short-term rentals.