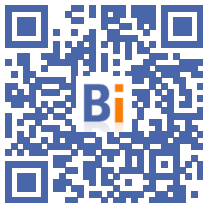 The city of Bordeaux, already affected last year by the phenomenon, ordered the evacuation of several buildings from a very busy square in the city center, after the observation of cracks and "fragilities" raising fears "a risk of 'collapse,' she told AFP on Wednesday, May 25.

An expert from the administrative court appointed Tuesday by the municipality "considered that the situation was worrying", summarized to AFP Stéphane Pfeiffer, deputy mayor in charge of the public service of housing and habitat, employment.

During his visit to the site, Place Gambetta, the expert indeed noted "cracks" on a wall shared between two buildings and "fragilities in the cellar", raising fears "a risk of collapse".

According to the report of the expert quoted by the elected official, "it was found a lack of maintenance on these buildings", in the heart of a very busy shopping area.

The city, warned by a report, took an order of imminent danger, which implies the evacuation of the inhabitants and the launch of emergency security works within 3 weeks. "If the owners do not do them, it is the town hall which replaces them and which then turns against them", specifies the elected official.

For fear of a domino effect, "housing ban orders" have been taken on at least four other neighboring buildings.

By Wednesday 18:00 p.m., the seven residents concerned and the eight businesses, including six stores located on the ground floor or upstairs, must have left the premises.

Since last year, the city has had to manage two building collapses and preventive evacuations of weakened buildings in old stone Bordeaux. In June 2021, the collapse of two old buildings in the city center left three injured.